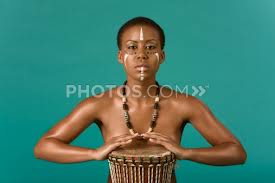 15 thoughts on “Models of Femininity in Africa's Popular Fictions”