‘… If the bride price is not paid, the bride will die at childbirth’. These words thwarted every ambition for happiness,

progressive living and well-being for the character ‘Akunna’ in Buchi Emecheta’s ‘the Bride Price’. The author used this work as a medium to explore several social issues of which for me, the marriage economy falls into. The theme focused on the politics around establishing a marriage in our society. An important strand in the conflicts it projected is the contentions around the dowry. One will ask why the bride price of a woman is so important. In ‘Akunna’s

experiences, we see a poignant story of faith in the economic difference being educated can make in a woman’s bride price. Through several social upheavals twisted along cultural lines, this work does not just expose how cultural beliefs can rape the mind. It adds to the existing body of knowledge that reminds us of the importance of marriage, not just for meeting physiological needs, but also for its economic benefits as it indirectly contribute to the local economy of people.
According to Margaret Mead, marriage is a socio-economic arrangement where consideration is made of wealth, class and job skills wealth of the man and woman. For better or worse, marriage for Akunna’s society had more than a social relevance. While it is portrayed to be protecting a withering culture of class and caste, the relevance of any victory the ‘Ibuza’ culture might have had in this work is most conceivable in today’s world from an economic lens.
It is not in doubt that marriage is the lifeblood of the economy. Believe me, where the economy is, that is 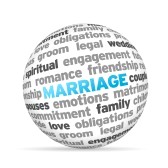 where all governments pitch their tents. This is proven through by the realities of the over-protectiveness of the rules of engagement for the marriage institution by many states in the world. Within international development, civil right debates are dominated around issues on whether gays and lesbians should be allowed to get married or not, arguments have been made on the emotional and cultural implications of this. Most interesting is the economic dynamics of this new paradigm to private and social benefits. But the fear for the unknown impacts of legalizing non-heterosexual union decades away keeps the decisions hanging. All of this speaks of the importance of marriage to the local, national and global governance.
While many states consider the pressures of legalizing homosexual marriages, most African countries like Nigeria do not find it a

threat. So I am often caught in my thought wondering what the consequences are for my country and others alike.
While the pressure pots are yet to hit our constitutional door steps, shouldn’t we first of all soften on the stance of whether gays and lesbians should get married and worry more on what is happening to the commitments at the heart of the already established marriages?  What in the society has influenced the increase in divorce rate, the desensitization of stigma around single parenting, the delay in age of marriage and more so the rising choices for homosexual relationships? Is there a collision of forces? what precisely has influenced this paradigm shift on the part of men and

women to produce a loveless economy laced by rising impression that marriages is bond-less and a terminable institution?
Commitment is the core of every marriage. The global economy is driven by sexual, emotional and other forms of commitment between two (or maybe more) people. At the induction of every marriage commitment, a tree of economic growth is planted that increases many sectors of the economy. Need I say that marriage has been the springboard for producing a nation’s labour force? But that core, is threatened heavily, so is the economy.

Many elucidators have given numerous perspectives in response to the evolving trends; some have charged falling sex ratios, changes in supply and demand balance, rise in age of commitment, amongst others. But then, different societies may have their account of what is changing the pattern of the wind that drives marriages.
Zainab Alkali’s ‘The Stillborn’, gives an insight which may account in certain ways to the position of young women. It represents a 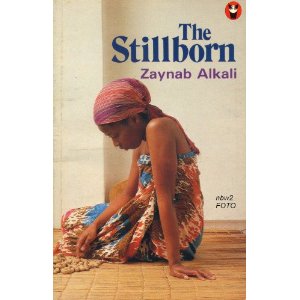 shift in mindset that has organically taken root coming from a disenchantment of a failing marketing approach. De Beauvoir states that ‘marriage is the destiny traditionally offered to women by society’. Marriage is a woman’s destiny, and the hunger to fulfil that destiny injected into every young woman is reinforced with the carrots of a heterosexual intensely romantic relationship dangles just everywhere. With all naivety, the character of ‘Li’ in ‘the Stillborn’ hung to the dream of a romantic marriage that will provide material and emotional support and be the answer to all her problems. In ‘Li’s theory, all she had to do was provide him sexual satisfaction, cook his meal and cuddle him to her breast, and then the dreams will come true.

Like her friend ‘Faku’, these women became disillusioned as their belief and faith in marriage meeting their needs remained a stillborn. Marriage was not a Siamese twin relationship where their heart beat together and two halves made a whole. They had believed a lie, for them, pursuing the promises of the carrot was like chasing a moving target. Finally, there is a shift in mindset for the women and a redefined approach to seal the cracks on the wall of their life. Their new understanding redefines marriage and their expectations; it recasts the patriarchal society and the favoured role given to men. Questioning conventions, ‘Li’ uses her new mindset as a weapon of self empowerment.
Such disillusionment and rapid changes in the economy has raised many daughters of ‘Li’ who see it more practical

for educated single women to sustain themselves and their children without a man’s help. The traditional value of marriage keeps withering away by the day, in the mind of a man, maybe the character of ‘Habu’ saw commitment to ‘Li’ as a constrain, controlling and confining him to the eventual robbery of his masculinity.
Like gold, diamond and currency markets, the marriage market can suffer swing in prices with small changes to the supply and demand ratio. Such swings can be caused by a changing perception. In the case of marriages today, the swing hits strongly at the level of commitment given by individuals in the institution and those outside. 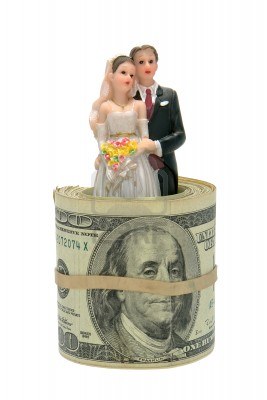 The lack of that organic growth in the culture that sustains marriage in the heart of people needs attention of everyone interested in sustaining economic growth driven by marriage.
Succinctly, this review has not given an explanation of what is happening to marriages, it only suggests and adds to existing perspectives using works of fiction. The views that the characters in ‘the Stillborn’ conceptualizes may again give insight on how to progressively focus on sustaining our socio-economic development, considering that individual and family patterns fit into larger socio-economic structures of our society. 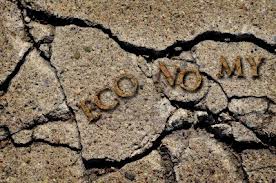 Nonetheless, how high the demands for marriage will be in the future will depends on what approach of  development each person and the society adopts. If we choose to consider a holistic approach that prioritizes the well-being and happiness of the people, the marriage concept may suffer a shock as individuals will define marriages on the backdrop of happiness, self esteem amongst others. But if we choose economic approach, then it may continue to survive just the way it is.
-Written by Adaobi Nkeokelonye

Marriage is a Private Affair