For over 172 hours, the French parliament and senate engaged in a heated debate. It was followed with furious clashes and near fist-fights in the National Assembly; the bone of contention was the bill on whether gays and lesbians should get married. This became one of the most debated in the history of France. 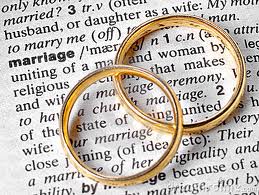 It makes me wonder why many states prioritize being in citizen’s bedrooms and legislating human emotions rather than more precious human needs. While African countries are plagued with livelihood issues, hunger, unemployment amongst others, the Nigerian government also prioritized the passing of a bill that will jail any supporter of gay marriage for 10yrs and more.
Some things are guided by common sense, others are guided by morality. The sensibility in the priorities of our leaders and lawmakers is what puzzles me. In the face of hunger, terrorism, unemployment, poverty, war amongst other burning issues, the investment of the states in legislating the wrongs and rights of the marriage concept needs to be

questioned.
The Suicidal death of a 78yrs old far right French historian as his form of radical opposition to same sex marriage at the altar of Notre Dame Cathedral in Paris this week climaxed it all. If Chinua Achebe were still amongst mortals, we would be asking him a question; is Marriage still a Private Affair?