“He was no longer the dignified commander of a company of slave hunters. His instincts had taken control of him. He was a two legged animal bent on copulation…Deeper and harder he drove. Nandzi could not control her sobs. Suddenly, as he plumbed her depths, she felt a surge of pain unlike anything she had ever before experienced. It was as if he had mounted the sharp iron head of his assegai onto the end of his penis. Each time he plunged into her, the pain rose to a crescendo. She screamed in agony but he paid no heed. Once, twice, three times. She summoned up all her strength in a superhuman effort to throw him off, but he was too strong and too heavy. Then she lost consciousness”.

Contemplating on how to conceptualize ‘rape’ as a weapon of warfare in the context of our weekly column, I hit a wall severally as I 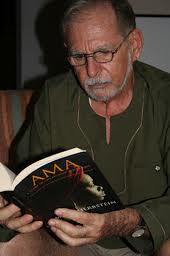 realised that there is a dearth in the use of rape in literature, most especially African literature. Maybe the constructions and criminalization of it, is something Africans are yet to come to terms with. In a patriarchal society where women are expected to just be ready to provide sexual pleasure always, criminalizing rape presents a huge conflict. I had consulted an able friend Mary Okeke for suggestions, and thanks to her, Manu Herbestein’s book ‘Ama’ made for a superb reference, as it evokes the exact mortification inherent in rape.
From the excerpt above, I would conclude that the character of ‘Nandzi’ was transformed into ‘Ama’ through an initiating process of rape by Commander ‘Abdulai’. Thereafter a journey that thrust her in a foreign land began; she was passed from owner to owner and eternally stripped of her identity. The remainder of the story captures a life of struggle and resignation of a slave girl.
Symbolically, ‘Ama’s journey represents the reality of many victims of rape, men and women alike. We 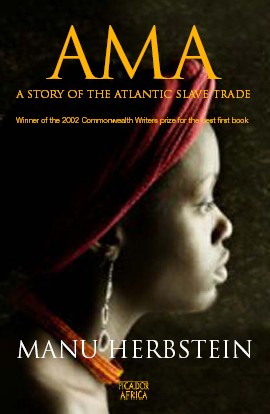 are thought of the sacred ownership of certain parts of our body, enshrined in our deepest recess is the knowledge that our sexual purity is definitive. When those sacred places are attacked, the feeling of that violation is etched into one’s judgement of self. If you are unlike Linor Abargil, the brave miss world who found justice, the shame injected into you by that penetrating forceful push will hover for long. It’s like a knife goes through your dignity and self-esteem and slices them apart. Even when you stitch it together, the scars are forever.
Rape scenarios may be different, but the discreet act that transforms the lives of its victims remains the same. What they share in common is the use of force, the violation of the will, the body and a person’s right to choice.  The leftover haunting memories and mental mutilation like Diamonds, will last forever.
You may be asking, why talk about this and where do I situate it in global development? Rape is an 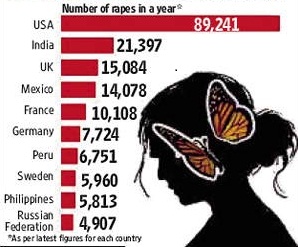 ugly word but a common phenomenon, more common than we can comprehend. It screams out there but our silence muffles it. In recent times, many stories of violence are happening between the lovely bones all over the world. In England, we meet Jimmy Saville, and then we travel to the rape land of Congo in Africa. There, guns are not needed for war, rape is.  We can choose to navigate to India for the Rape Fiestas; next destination might be the Japanese rape club. Then we halt at the landmarks in lived experiences of serial rapists and chauvinist killers of America. All of them tell the story of momentary defeats of people’s will that has placed them in a lasting category; ‘RAPED’!
Incidence of war rape in the African continent created frenzy in the media this year, with the rising number of men, women and children reported as victims in Congo. Heavy criticisms from Navi Pillay the UN High commissioner for human right, amongst other institutions decried this act. Hence, Congo towns Gome and Sake became synonymous

with the land of sexual warfare. South Africa and India also took to the stage for the monstrous rape of innocent individuals which in some cases led to death.
Rape is no longer about sex, like guns, it has become a weapon of warfare, It’s more about violence; used to reinforce instability and dominance. It’s about individuals abnormally gaining mental balance through inflicting violence on others. It’s about Power; massaging an ego at the expense of robbing another person of their sexual integrity. The assumption that only evil persons with knives in the dark are rapists has long shifted too. Powerful, rich, upward moral promoters like politicians and

religious leaders have long joined the list.
Many explanations have been given to the rising culture of rape, some blame the promotion of violence by media through movies, pictures, books and cartoon. As in all cases, fiction has a role to play. Cartoons like ‘Rape man’ cannot be excused from the guilt of promoting the rape culture.

More so, incidence of rape has been viewed along the gender lines even in literature. In ‘The Colour Purple’ by 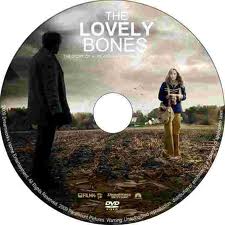 Alice Walker, we meet ‘Celie’, the poor black woman whose letters tell the story of abuse and rape by her father. ‘The Lovely Bones’ by Alice Sebold adds to the shape of rape in contemporary literature, presenting ‘Susie Salmon’ who posthumously describes how she was raped and killed on her way from school. Symbolically, what we know about Susie, her family does not, as rape remains an isolated event. The list of literature can go on including our case study ‘Ama’ by Manu Herbestein.
Critics complain that rape and violence against women are being misrepresented

in fiction. The above literatures suggest that men are rapists as women are often cast as victims. Like in the cartoon ‘Rape man’, rape in works of fiction is often perceived as punishment to stubborn heroines. This raises question on whether fiction is purely an imaginative work or is inspired by reality? Certainly authors may hand pick realities they want to represent and the pattern arguably shows that their choices seem to favour realities that reinforce women as victims. But in reality, it’s important to note that rape cuts across gender as men are raped too. The fact that a man responds to a stimulation with  an erection does not mean he wants to have sex.
Writing this, am wondering if fiction writing can provoke the desired change, can the mental structures of a writer shift to entertain 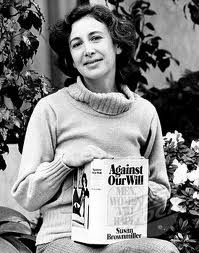 and present realities that will stimulate change for all? Can our mental structure as readers also adjust on this issue by reading literary fiction?
In conclusion, the comparisons above can never contend with Susan Brownmiller’s  persuasive prose ‘Against our Will’, but I assume like her, that it’s important to explore this issue in every way we can until the mental structure of our society begins to shift organically. Hopefully, through fresh wisdom, we can abandon silence to speak and fight against this violence. The truth is that every victim of rape goes through rape twice, the first is by the rapist, and the second is the rape by the law and the society which shuts them up.
-Written by Adaobi Nkeokelonye