We become a ghost when we have no identity, this is true. But choosing our identity can mean sitting on the horns of a dilemma where we struggle to fit into many social boxes that just don’t fit our lives perfectly.

Ama Ata Aidoo’s ‘The Dilemma of a Ghost’ is a meticulous and thought-provoking rendition of the struggles we face choosing an identity. From cover to content, her ingenuous creative prowess presents to us the conflicts of identities in the main characters of Eulalie Yawson and Ato Yawson. Eulalie is the African-American wife of Ato who by reason of marriage returns to the Africa she identifies with. But she is regarded by her Ghanaian in-laws as a “black white woman” hailing from no identifiable tribe and a descendant of slaves. She is happy to be in Africa- her roots, but she is not welcomed.  Ato, is the prodigal son, who returns from the United States to 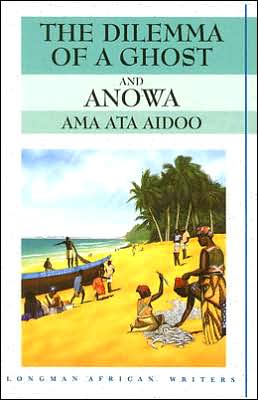 his home in Africa to begin a new life with a new bride. He is caught in the struggle of marrying his American ideals to Africa’s realities. This presents a potential conflict as the experiences of these two categories have less in common. Thus, he is alienated from his family and his heritage and also from his wife; westernized Eulalie cannot understand Ato’s loyalty to his tribe and people, Ato Watson is caught at the crossroad of negotiating his true identity.
The focus of the drama ‘The Dilemma of a Ghost’ captures the trans-generational differences in the viewpoints of African Americans and those who are native Africans. But it indirectly raises issues of diminishing boundary lines in defining people’s identities. The Dilemma of a Ghost essentially creates a space for us to negotiate our identities in an era with many identity clashes where the boundary lines are getting blurry.
Who is an African? This is thought provoking as territoriality or links to African ancestry, limitedly defines an African. Does a conscious commitment to the cause of Africa legitimize one’s claim on the African identity?  Is an African just a dark skinned man or woman? Of course it is simply not a racial category. Pondering on this question makes one realise just how fluid the African Identity, just like other identities have become.

Reflecting on this topic, I remembered a time when colour mattered. It was in the twilight of the summer term, autumn was drawing near, and there was sunshine and a nip of coolness in the air. I felt rejuvenated as I walked into the library, clad in my dress made of brightly coloured African prints. In that dress and with my kinky hair, I felt different from everyone else. I did not blend with my environment but I had no inferiority complex. I needed my looks to bang the drum about my root, my country, my continent Africa and the culture regardless of whether or not it conflicted with the ideals of England, a country where I live. Yes I am a young African woman schooling in the English man’s country, but I will not miss a moment of flaunting my African Identity.
Walking past the many looming shelves that divided the Library into sections, he was sitting there. He was reading but not in a fixated way. I thought I could walk past unnoticed, but he saw me walking closer and we had to greet again. His name is John Harris. Though we belonged to the same institute, he was not my friend. Subconsciously, I had for unknown reasons kept away from this six foot tall man. He had the Caucasian skin colour with a very youthful body tending towards that of an athlete. By observation, John was not one to be put down when he needed to make a point; he was charismatic and knew very well how to stand in his power. I was used to him addressing me in an endearing way, again he whispered, ‘Hi Sweetheart!’ I responded with some feeling of endearment, asking how far he had gone with his dissertation.
‘I have just started’ he responded.  I couldn’t help giving a hoot of laughter; a distraction for the library environment and the whispery tone of our conversation, so I stopped. We were one month away from submitting the dissertation which had loomed over every graduating student’s life since the last two months. Perhaps he had gone on a long fun holiday and just resumed, I

thought. ‘Where are you from John?’ I asked. ‘I am African’ he said.
His response left a waft of sour taste in my mouth. Perhaps I expected to hear he was from Europe, I wanted him to pick another identity, yes, anywhere else but not Africa, not my continent. His tongue didn’t speak English in the African way. His skin was not dark, it was not close to brown, and he was neither Mullato. He had the privileged Caucasian skin. His claim on the African identity suddenly made me struggle with mine momentarily.
What was it in Africa he laid claim to? Was it her poverty, war and corruption? Maybe it was the typical European’s romanticism 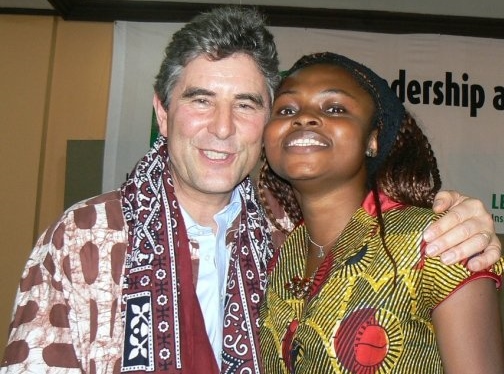 of Africa, or perhaps it’s something about her great wildlife. His response troubled me; I felt as though someone was taking from me without my permission.
Now, I am acquainted with John who has neither the presumed name nor the colour of an African, yet he is African. John is a British/South African but does it make him less of an African? This era is filled with rupturing thoughts forced by daily changes we experience. Like John, I also may not qualify for every detail in my ideological constructions of an African. Despite my skin colour, my citizenship, my dress and hair styles, I may be found wanting in another person’s definition of an African.
Clearly, my understanding of racial and national identities has been entangled with historical memories and constructions of race which continue to influence how we relate with people from other geographical spaces. My construction of an African is a 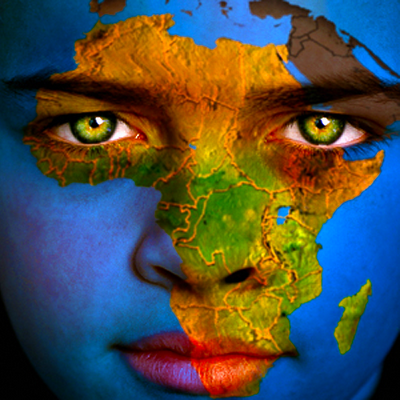 reinvestment of subjectivities perhaps reinforced by years spent in international development practice. Was John aware of the grip his skin colour has on defining power and powerlessness in Africa? Like Eulalie Yawson, am I aware of the connotations and conflicts my other identities may have on my claim to an African identity? While these may be invisible to us and quite normalized, I am thinking there may be need for us all to re-evaluate our respective presumptions of our identities to better appreciate it.
Concluding, neither I nor Ama Ata Aidoo  can speak for who is or is not an African. Africa is a mother with arms large enough to embrace all. It starts with feeling you validate and share with her soil, and her people in seasons of laughter, hunger, of rain, of sunshine and abundance.
– Written by Adaobi Nkeokelonye