When a piece of writing gets you a space in jail, then it struck a very sensitive cord for the incumbent government. The texture of such writing, are absurd, dealing with surreal subject matters.  Sizwe Bansi is Dead is such; a dramatically provocative piece with strands of humor and layers of irony. It excites the good and the bad. Despite not mentioning the word ‘Apartheid’ in all of the book, it triggered the then South African Apartheid Government to arrest Athol  Fugard and his African co-writer/performers John 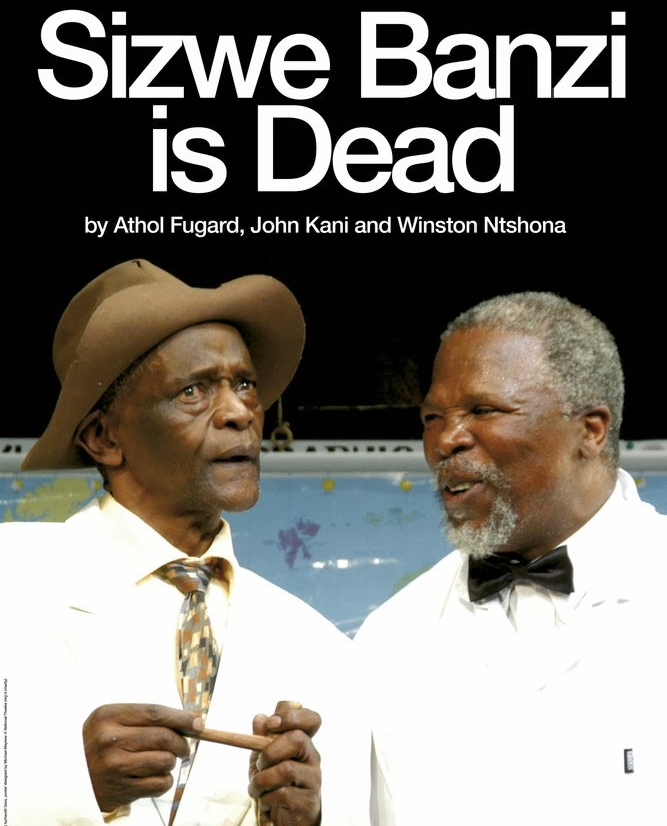 Kani and Winston Ntshona for treason. Talk about a piece of fiction that has aged gracefully, this is it!
Written in 1972, it is set in a South Africa when blacks could only find peace in their grave. With a sparse setting, we meet three major characters, Styles the photographer and narrator, Sizwe Bansi whose experience the drama is centered on and his friend Buntu. Styles established his ‘strong room of dreams’, a photo studio representing an escapist world which presents a space for other blacks to interpret their dream. Behind his lens, they share their dreams, aspirations and achievements. With a click of his camera, he immortalizes them. When finally they are dead and buried like his father, their photo is their only memorabilia. This profession gave Styles fulfillment away from his former job with ‘Ford Motors’ where he was only a ‘circus monkey’ that would be rewarded with just a gold wristwatch after 25yrs of service. With little choice, Styles locates his dream studio next to a funeral parlor, he wages war against some symbolic cockroaches; social venom without which he could not function. 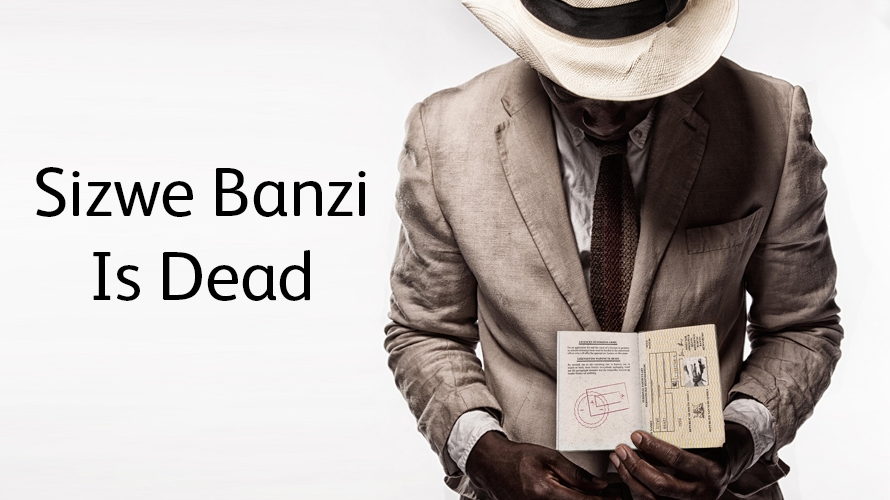 Sizwe is Styles client with a dream to get employment in Port Elizabeth, away from his home in King Williams Town where he could not provide for his wife and kids. But with a passbook that declares it illegal for him to reside or gain employment in Port Elizabeth, Sizwe is boxed! This scene captures the realities of migrants seeking greener pastures outside their home zone and abroad.  Unlike most illegal migrants of today who have relative freedom to move around and live in most countries, Sizwe could not. Sizwe’s movement was strongly regulated by the apartheid system in place.His passbook (Visa) required him to return to King Williams Town in three days. Like Buntu his friend, Sizwe is battered but still hopeful.
This drama, projects for me, the extreme sacrifices many migrants and perhaps desperate job seekers make to survive in a strange land. Sizwe saw himself as a ghost; after all he lived in a strange land where he was irrelevant and unnoticed. More so, not being able to earn income to sustain his household meant he was not a man but a dead man. With the help of Buntu,  Sizwe finally puts his self to death.  He gave his life and body to a dead man’s name, incarnating his self into Robert Zwelinzima, (the dead man) whom Buntu performs a surgery on his passbook which still holds a job seeker’s permit. Buntu replaced Robert’s picture with Sizwe’s. Sizwe Bansi is dead, Robert Zwelinzima is alive! 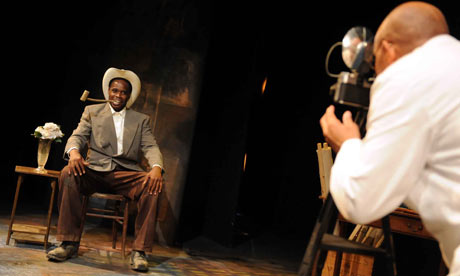 Sizwe (now Robert) with a new job, wearing a new suit, Stetson hat, a pipe in one hand and cigar in the other, is transformed to who he wants to be. Styles escapist world is the best place to capture the birth of the new Sizwe for his wife and family in King William Town to see. The whole play is climaxed in this scene where Sizwe struggles with constructing his new identity. This has supported the projection of the theme of this novel as that of Identity struggle.
While identity as a theme is obvious, it should not overshadow the significance this drama gives to the reality of migrants especially in the world today. It frames the struggle for identity, projecting the realities of shifts necessary for a migrant’s survival.  It fits within the development context of migration and human right discourses, detailing the negotiations of national identities and other struggles migrants experience in the search for livelihood in a foreign land.
Migrants don’t arrive alone; they bring with them their culture, values and perspectives to life. In some cases, they don’t leave their homes willingly, they are forced to migrate. In the struggle for survival, most migrant job seekers have to live with an uneasy switch to dualism, impersonating other people’s privileges; this for them is worth it if they can survive. Diffusion into a new society is difficult, both for the migrant and their host society. Governments and people struggle to give space to migrants. In this process, many migrants are displaced, left at the margin of their new society. Some are made to feel they are just invisible, and just don’t count. 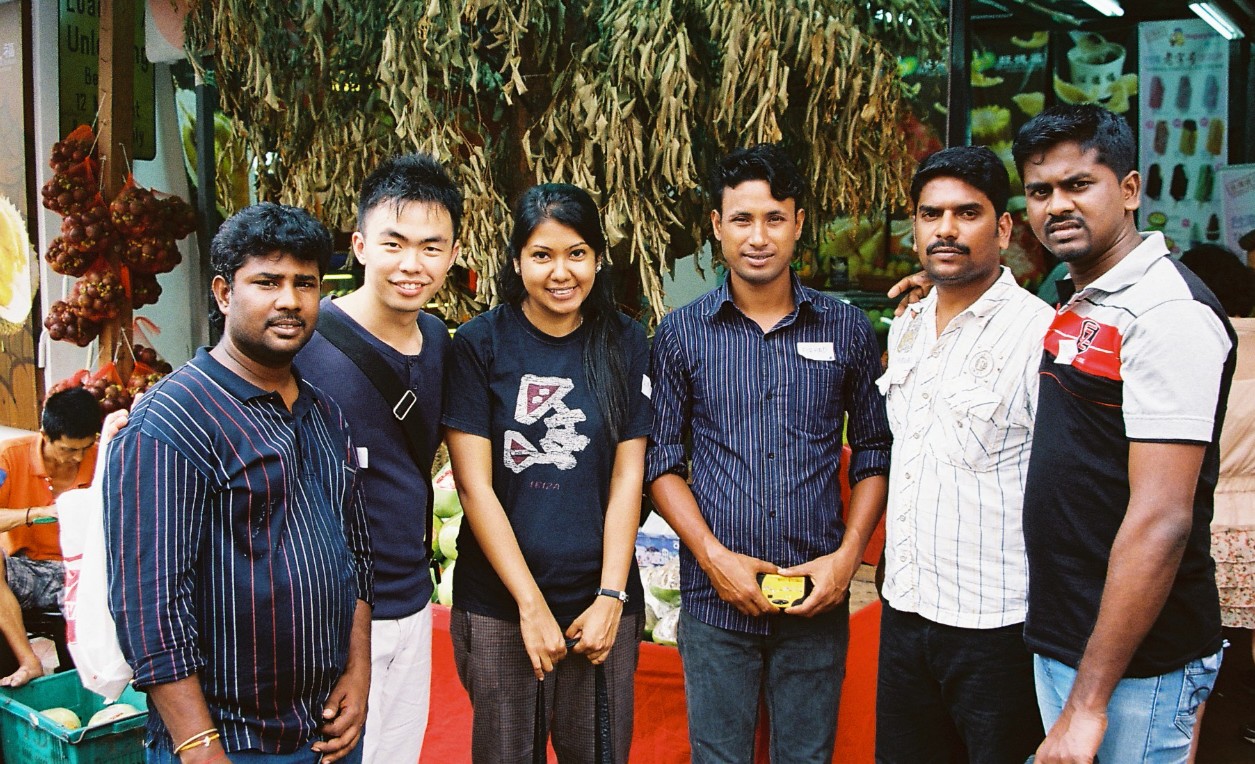 Wajihah Hamid (Third from left) with some Migrant Workers in Singapore.

The way individuals and communities respond to the challenges of immigration and settlement is a trendy issue in International development. This has been expressed by the United Nation’s Convention on the Protection of the Rights of All Migrant Workers. Adopted in 1990, it entered into force in 2003.Though in place, it has only been ratified by just forty states, exclusive of major immigration country.
Taking a leaf from the knowledge on the plight of migrant workers in countries across the world, the vizualmusing blogger; my dearest friend Wajihah Hamid with the support of her Sister Aisha organized Project Parallel Paths. They brought together 18 injured migrants workers and 13 natives of Singapore for an excursion to some places of interest in Singapore. The migrant workers were given Cameras to take individual photographs within a theme that captures their perspective of their host community. 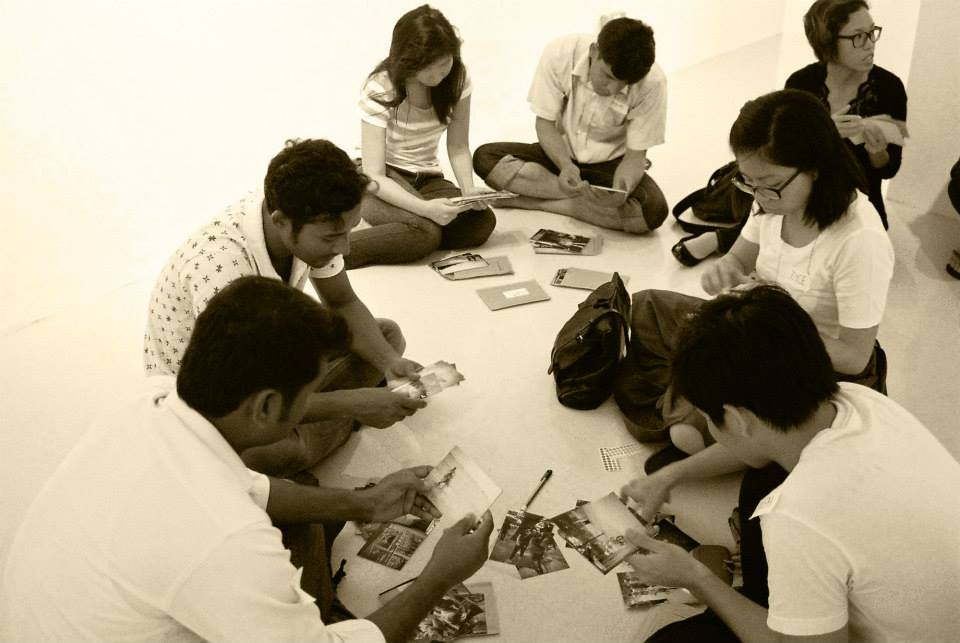 The outputs are amazing and insightful pictures of Singapore in the eye of a migrant. Most importantly, it created a space for injured migrant workers to relax, eat out, visit the beach and mix freely with the natives. This ingenious project inspired by Waji’s experiences of her dissertation which included participatory action research method for once exalted neglected migrant workers from being research guinea pigs to active participants in research processes.Relating her key lesson from this initiative to me, Waji said ‘I have learnt that people sometimes overlook each other, and that given an opportunity, they can stop, re-think and make an effort to acknowledge the presence of ‘the others’ within their society’.
I appreciate Wajihah, Athol Fugard, and his African co-writer/performers John Kani and Winston Ntshona, and many others who are creatively helping migrants to live and make a living in a foreign land. The Sizwe Bansi of our time doesn’t have to die if more concerned people will address the plight of migrant workers world over. 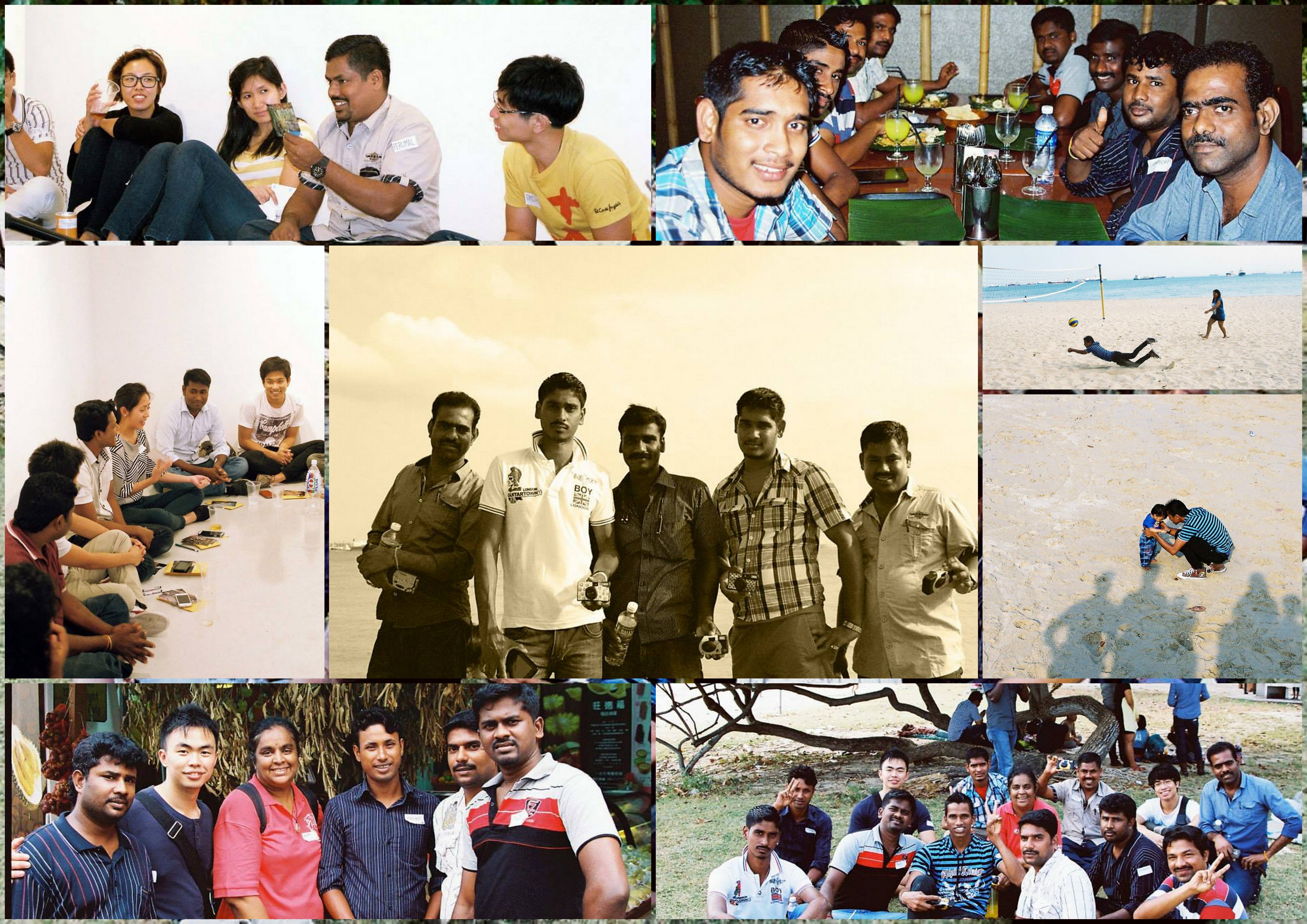 A collage of some activity pictures from Project Parallel Paths