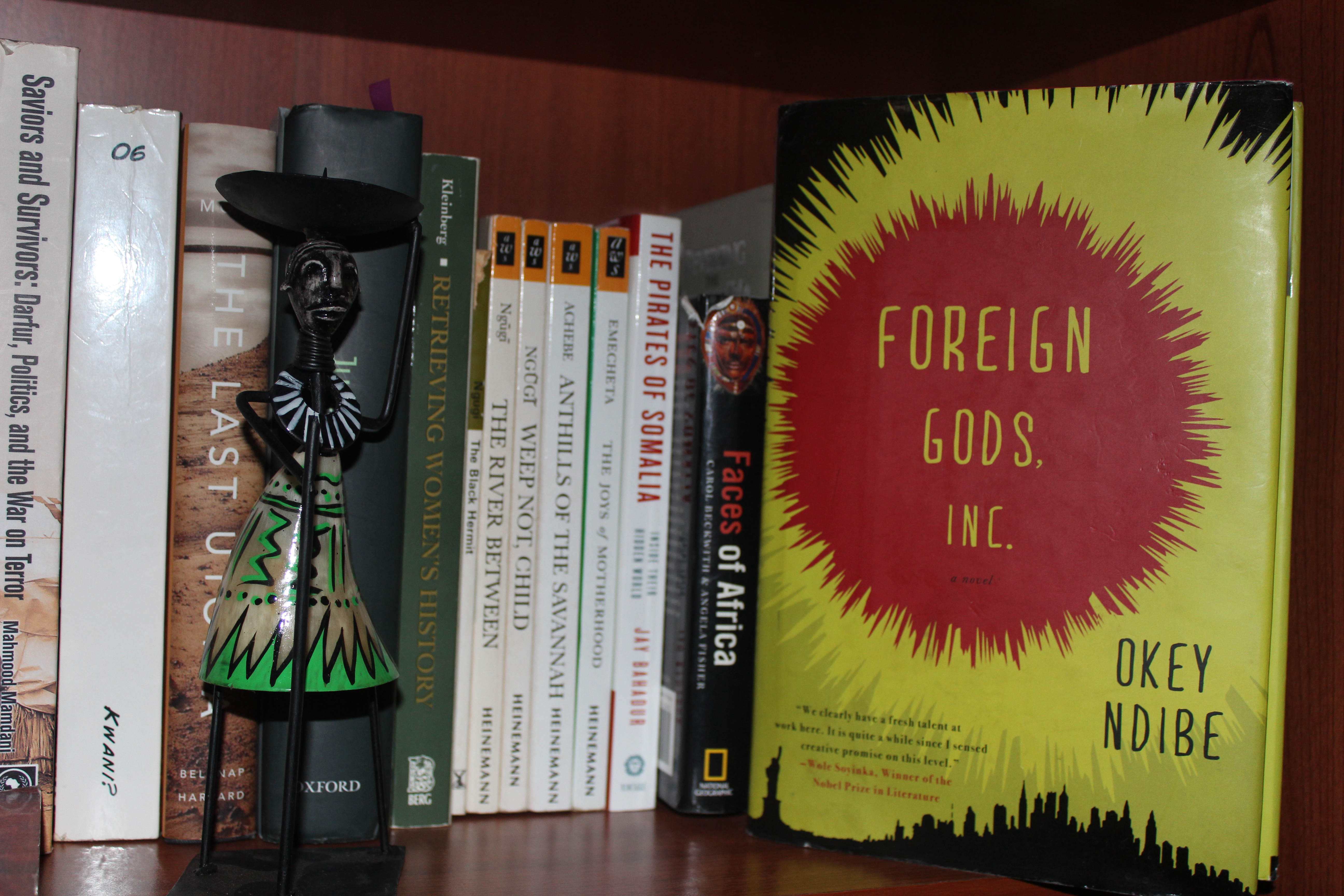 
Okey Ndibe strongly situated migrant issues and religion as an important topic in the present day discussions on Africa’s development. Despite academic studies on this phenomenon, this author has done a good job of representing and communicating the realities of religion at individual and communal level, provoking the intellect and reshaping our knowledge. Foreign God’s Inc. deftly highlights the inherent danger of blurring the lines between religion and rationality. Capturing a highly religious but morally inept society led by morally bankrupt characters like Pastor Godson Uka, it questions the underlying moral that underpins the Christian faith (perhaps all religion) from colonial times to present day.
Unlike the case with India, Nigeria’s loyalty to their religion and culture meant limited penetration of the Queen’s European culture with the help of the many Reverend Stantons. Hence undermining the ideology of old culture was strategic.


Over the years, the newly injected Rev. Stanton’s god has gained an African flavour. The chief priests became the likes of Pastor Godson Uka, the son of Okadike (a.k.a Efi epeka) the great witchdoctor with records of nocturnal activities. Like his father, Pastor Uka an ex-convict shares characterizations that easily relates to the present day faith leaders that glide our TV screens. ‘A large gold chain bedecks his neck, all five fingers of his left hands and three of the right hands were bedecked with glitzy rings. His hair dropped in slick curls, slacked with oil’. Ike who finds himself in Utonki is amazed at how people like Uka have moved Christianity from the traditional catholic space with solemn and sober air to a religion of holy ruckus. In church, boisterous prayers erupt, shrill affirmations fill the air, human bodies freeze and flip from a pastor’s touch or blow of air, women like his mother piped up in praise tossing and writhing in induced ecstasy. These sons of the traditional witch-doctors surely came into the church through the back-door. Like their fathers, they offer ‘spiritual insurance policies’; protection, deliverance from evil, dispense holy water, prayer and project all forms of pseudo-science in exchange for money or gift.
Unlike others, Ike is amazed at the failure of a multitude to question the autocratic conventions of this corruption that wears a spiritual coat. Suddenly, Ike temporarily adopts a new battle over snatching Ngene. Battling Pastor Uka whose messages are divisive to his relatives was a worthier fight. Onward, I could clearly understand Ike’s grouse with the gods. Any rational thinker who cares about a people’s well-being and their development will join Ike’s fight. These Peacock Pastors; our modern day witch-doctors appeals to the African spirituality but not to her development. Peacock Pastor Uka desires to make of Utonki  a community with ‘spirit-filled, tongue speaking, hands-laying, devil binding born again’ with empty pockets and hungry stomach, he exploits poor people of their meagre feeding money, raping their minds with fear. The scene where Uka demands fifty thousand dollars from a struggling migrant to build God a Church in Utonki as condition for being a millionaire was mind blowing. Beyond this being the size of Pastor Uka’s greed, this narrative aptly captures a wide spread phenomenon in present day Africa. Modern day churches prioritize erecting god more shrines, exploiting poor community purses of vulnerable and gullible people Ike’s mother with terms like ‘God said’, ‘Sow seeds’ … while the people remain perpetually with sick bodies and hungry stomachs.
A walk on the streets of Nigeria confirms that there is a proliferation of churches with almost every street littered with two or three churches if the residents are unlucky. Massive church edifice are now metrics for measuring church growth and an indicator that member populations are on the rise but this in no way reflects the well-being or development of the members. This church building culture of this African flavoured Christianity is being exported phenomenally across the globe and the hinterlands, changing the landscape of the average man’s thinking. Something is fundamentally wrong when a poor person continuously submits his meagre earning to build god a shrine when shrines are not in deficit. Do we really need more churches to develop? Does the growing prioritization of church edifice over the much needed mission schools and hospitals that were once the hallmark of the Christian religion bring to question the mind-set of the present day faith leaders?