Every time I read Richard Wright’s ‘Black Boy’, I wished it was fiction; fiction because ‘Black Boy’ is not a pretty book. This reality told from the eye of a teenage black boy was too disturbing to grasp as real. Perhaps this makes it a very important book especially for us to reflect back on how far we have come with the politics of colour  smearing the wind-shield of our lives, one generation to the other. 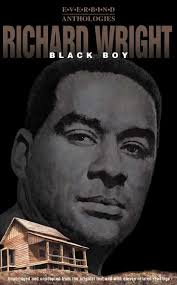 Recently, I have tried to map below in the language of the writer, scenes, incidence and thoughts that chiselled Richard Wright from being a victim of racism to being a racist himself. I now wonder; if Richard Wright were to do the book ‘Black Boy’ today, would the fabric of his story be much different?

At last we were at the railroad station with our bags, waiting for the train that would  take us to Arkansas; and for the first time I noticed there  were two lines of people at the ticket window, a “white” line and a “black” line.  During my visit at Granny’s, a sense of the two races had been born in me with a sharp concreteness that would never die until I died. When I boarded the train, I was aware that we Negroes were in one part of the train and the whites were in another…

I had begun to notice that my mother became irritated when I questioned her about whites and blacks and I could not understand it. I wanted to understand these two sets of people who lived side by side and never touched it seems, except in violence. When my mother told me that the “white” man was not the father of the “black” boy, was no kin to him at all, I was puzzled. “Then why did the ‘white’ man whip the ‘black’ boy I asked mother…

Uncle Hoskins had simply been plucked from our midst and we , figuratively had fallen on our faces to avoid looking into that white-hot face of terror that we knew loomed somewhere above us…Uncle Hoskins had been killed by whites who had long coveted his flourishing liquor business… A dread of white people now came to live permanently in my feelings and imagination. Nothing challenged the totality of personality so much as this pressure of hate and threat that stemmed from the invisible whites…I had never in my life been abused by whites, but I had already become as conditioned to their existence as though I had been the victim of a thousand lynching…

One evening, I heard a tale that rendered me sleepless for nights. It was of a Negro woman whose husband had been seized and killed by a mob. It was claimed that the woman vowed she would avenge her husband’s death and she took a shot gun, wrapped it in a sheet, and went humbly to the whites, pleading that she was granted permission to come to the side of her dead husband while the whites, silent and armed looked on. The woman, so went the story, knelt and prayed, then proceeded to unwrap the sheet; and before the white men realised what was happening, she had taken the gun from the sheet and had slain four of them, shooting at them from her knees…. 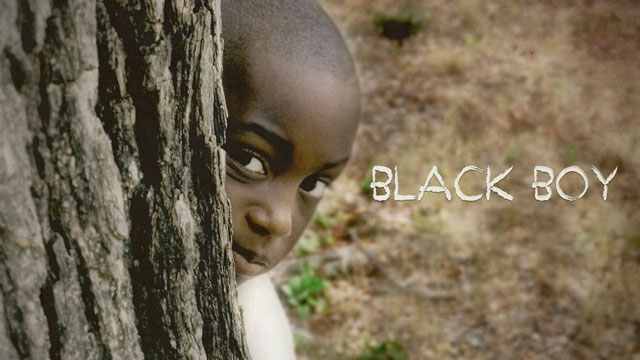 I had already grown to feel that there existed men against whom I was powerless, men who could violate my life at will. I resolved that I would emulate the black woman if I were faced with a white mob; I would conceal a weapon, pretend that I had been crushed by the wrong done to one of my loved ones; then, just when they thought I had accepted their cruelty as law over my life, I would let go with my gun and kill as many of them as possible before they killed me. The story of the woman’s deception gave form and meaning to confused defensive feelings that had long been sleeping in me.

‘Why are they so many black men wearing stripes?’…

“Whenever I see one I spit.” Emotional Rejection of whites.

“Man, you ever get right close to a white man; close enough to smell ‘im?”… “They say we stink. But my Ma says white folks smell like dead folks.” Wishing the enemy was dead.

“Niggers smell of sweat. But white folks smell all the time.” The enemy is an animal to be killed on sight.

‘Whenever I thought of the essential bleakness of black life in America, I knew that Negroes had never been allowed to catch the full spirit of Western civilisation, that they lived somehow in it but not of it.’

‘The white boys and the black boys, began to play our traditional racial roles as though we had been born to them, as though it was in our blood, as though they were guided by instinct. … The roundhouse was the racial boundary of the neighbourhood… whenever we caught a white boy on our side we stoned him; if we strayed to their side, they stoned us. Our battles were really bloody …All the frightful descriptions we had heard about each other, all the violent expressions of hate and hostility that had seeped into us from our surroundings, came now to the  surface to guide our actions.

Flipping the pages of this harrowing bildungsroman of Richard Wright written in 1945, am checking the similarities and differences between his time and now. In the quickening events of civil unrest in Ferguson, in the unnecessary killing of young black boys, I can’t help but  observe that the similarities of most black boys in America of today are more numerous , more real and more important than any difference there is with this author’s time.  I suppose if Richard were to write today, he will also ask, ‘why was 17yrs old Trayvon Martin shot, why did Michael brown the 18yrs old boy deserve six bullets’?

In the end, racism is not natural; it begins with the social injection of systemic hatred.  As this emotional and intellectually crippling racial war continues to bloom, we must remember that we all, whether white or black, will be casualties.