Dancers capered and stamped, filling the dry-season air with dust. It was a ridiculous festival hosted by the poor contemptible people of Anata to honour their son; Chief Nanga the former school teacher who is now the most charismatic politician in the country. It was in that time in a politician’s tenure when he had to court the villagers for their votes.  Though hindsight shows he is one of those who tuned their country down the slope of inflation, his clannish people remain satisfied with the few pound notes he sticks on their perspiring faces.
Chief the honourable M.A Nanga M.P. is the typical politician who though with a humble background has now been 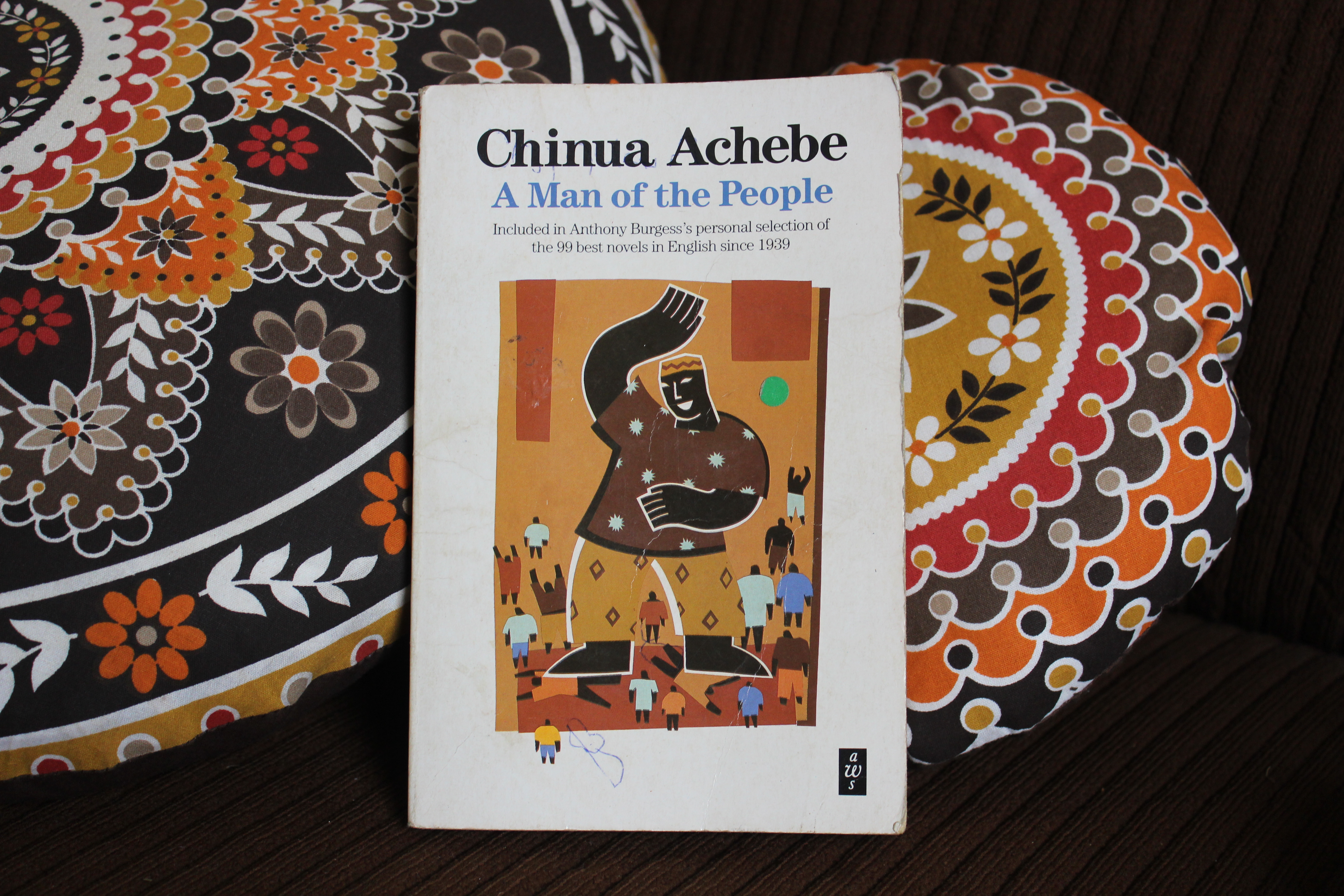 transformed by a sip of power and an insatiable hunger for position and titles. He was that Minister of Culture bloated by the flatulence of ill-gotten wealth, living in mansions built with public fund and secured by hired thugs.  Clad in voluminous damask and gold chain, he acknowledges cheers with an ever present fan of animal skin. With the young and beautiful Edna his next wife by his side, Chief is set to be a man of the people. Fulsome praises flung at his face.
Then we meet the protagonist Odili Samalu a young village teacher, the son of a polygamous district interpreter, a former student of Chief the honourable M.A Nanga. Young he was, with every prospect that will make a politician court his loyalty. Like most young Africans, he longed for the big education of visiting Europe, but his enthusiasm for politics overshadows it. Odili is less enthusiastic of Chief Nanga and his likes whom in a country that just got independence from the colonial power, are becoming the next colonists. He was highly critical of their mismanagement of the coffee market which was the prop of the economy and the trigger for their countries financial crisis. He was defensive of Africa from the criticisms of the self-righteous Westerners. Understanding politics was important but difficult for him. Nights were when he tried to analyse his theory of why power was difficult to relinquish by African leaders.  He questioned the act of politics and its morality? Odili will later ask ;

What potent charm do politicians have? … I find myself wondering whether-perhaps-I have been applying to politics stringent standards that didn’t belong to it.

For Odili and Chief Nanga, what binds them together is smaller than what puts them apart. They are bonded by their fantasies for women, their student-teacher relationship and their tribal affiliation. Yet their idealisms for national governance were practically far apart. Their fantasy for same women creates a conflict, playing a definitive role for their political competition. Chief Nanga wrenched Odili’s lover Elsie from his hands. Humiliated, Odili sets his fight on morality which is questionable. How does he draw a moral boundary in sexual matters when he found it ok to go to bed with an Ambassadors wife? More so on what moral ground does he judge Chief Nanga when he takes advantage of the perks from his political office?
Vindictive Odili was set to revenge his lose by taking over Chief’s young palour-wife  Edna. The battle line in this book was drawn on the body of women. Perhaps Odili’s father was right in his perceptions that the mainspring of political actions was often personal gains. Odili will later admit this saying;

…My political plans which in all honesty I should admit had always been a little nebulous- until Edna came along. She had been like a dust particle in the high atmosphere around which the water vapour of my thinking formed its globule of rain. 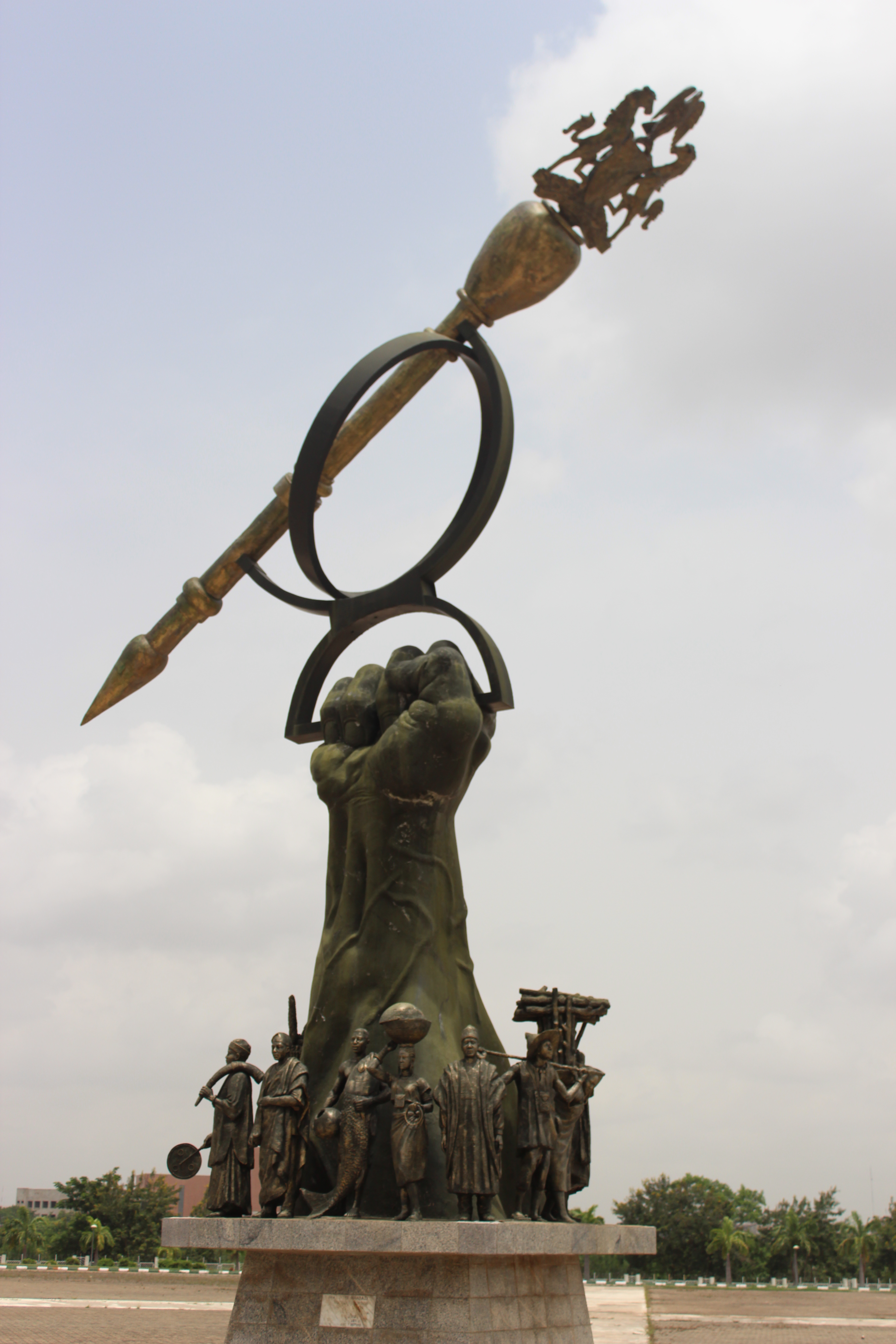 Consequently, Odili re-establishes his relationship with his old friend Max who co-opts him into their new political party ‘Common People’s Convention’. After years of watching capitalist politicians with deepening disillusionment, they and other young people understood that when worthy people leave politics to the unworthy ones, corruption happens, and such cannot go on indefinitely.  The youths were hence determined to drop cats among the pigeons in their country’s political space.
After years of lethargy, the impending election created the perfect opportunity to announce the young people’s party. Odili was again concerned on how they could fight corrupt politicians without soiling their own hands. But Max the technocrat was more objective than sentimental. Their participation in politics was not without fatality, it was the tragedy of this book. Odili is beaten black and blue to a state of unconsciousness by Chief Nanga’s thug making way for Chief to win the election unopposed.  Max is murdered by his opponent Chief Koko’s thug, and his fiancée Eunice is jailed for instantly shooting Chief Koko to death.  In Odili’s words,

Max was avenged not by the people’s collective will but by one solitary woman who loved him. Had his spirit waited for the people to demand redress, it would have been waiting still in the rain and out in the sun. But he was lucky.

With so much tragedy experienced by the youth in a bid to save their country from the grip of capitalist politician, it is easy to conclude that they failed, but I thought different.  With their action, these young people were catalysts who stirred up the polity, bringing change.  The election thugs of the politicians refusing to be disbanded after the election formed bands of marauders, beginning a reign of terror.  Consequently, the Army staged a coup that had chief Nanga and other members of the corrupt government parliament jailed. Thus, Max became a hero of the revolution.
While reading this book, I sought earnestly for what made the writer Chinua Achebe a most wanted man by the 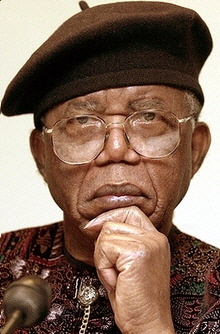 Nigerian government in the season it was published. Significantly, it presented a post-colonial Africa and principally Nigeria, where corruption and conflict of interest had become the order of the day amongst leaders.  Its climax in a coup d’état arguably made it a predictor of the near future of many African countries and one could herein understand why writers will remain enemies of tyrant governments. Most striking was the series of violent transitions that Nigeria survived shortly after the publication in 1966, seemingly making Achebe a prophet.
Almost fifty years after A Man of the People was published, not much has changed in the governance of African countries. I am tempted to say that this book will never grow old, but I pray it does. I encourage young people to read this book. Perhaps we can hear the author again making a clarion call for youths to understand that a genuine democracy requires their participation. Youths remain a formidable social force and the most active segment of the society, but they remain exploited as politicians pun and their participation in politics are characterized by the violence they create.
It is my desire that young people can once again set cats among the pigeons. It is my prayer that a new Africa emerges to cause a wrinkle on Chinua Achebe’s book  A Man of the People.
– Written by Adaobi Nkeokelonye