Don’t take my devils away, because my angels may flee too~The poet Rainer Maria Rilke.

If you want to experience what goes on in the head of a mentally ill person, the way their shadows are cast and what loving them means, The Shock of the Fall by Nathan Filer will tell. This novel is about the difference between living and existing, it explores life in an acute psychiatric ward for day after day after day…To read it, you must free your mind and just flow. You may feel you are going mad, but it’s ok. It’s just a feeling.


A lot of thinking went into putting this book together, written in very simple English, it is difficult to believe you are reading fiction. It reads like a conversation with the Narrator. The artless use of different font theme and size alerts the reader of a centre that can’t hold; the thought distortions suffered by Mathew, broken words… symbols, repetitions, memory collision, a struggle for remembrance, a burial of unwanted memories, an exhumation of desired ones. All of these are expressed well agonized words that excite the right emotions.
The narrator Mathew Homes is a thoughtful young man who lures us into his emotional journey beginning with the story of his 9yr old self and continues with a diary of his 19yr old self, opening the doors of the psychiatric ward for readers to learn. He introduces people, especially his beloved brother in a retrogressive fashion:

‘I’ll tell you what happened because it will be a good way to introduce my brother. His name is Simon. I think you’re going to like him. I really do. But in a couple of pages, he’ll be dead. And he was never the same after that.’

For most mentally ill person, a particular event sticks. Simon’s death was it for Mathew. I followed Mathew through the days of his life, relieving his childhood, constantly recalling the death of his brother Simon which becomes his shadow through to the end of his story. Mathew personifies his illness in experiences of grief for Simon and develops a loyal relationship with it.

‘But my illness knows everything that I know…we move in circles, this illness and me.’

The writer makes it impossible for readers to understand mentally ill Mathew without following his leading or misleading. Mathew confidently asserts this saying;

‘This is my life. I am nineteen years old, and the only thing I have control over in my entire world is the way I choose to tell this story…It would be nice if you’d try to trust me’.

In capturing his realization of a new self; becoming an independent young man, Mathew shares:

‘In the bathroom mirror were the blurred edges of a healthy young man  with a new job, a new home, and the promise of a whole new life. I should have wiped away the condensation and taken a proper look at him. I wish I’d done that now. But I didn’t, so you can’t either.’

What thrills me is the ingenious way this writer presents the issues of mental illness in compelling narratives that will remain etched in a reader’s mind. With a reality that is hidden in the cloud of smoke, Mathew’s character manages to express his mental struggle lucidly in imageries and style any reader can understand.

‘It’s like we each have a wall that separates our dreams from reality, but mine has cracks in it. The dreams can wriggle and squeeze their way through, until it’s hard to know the difference. Sometimes, the wall breaks completely, its then that the nightmare comes…‘Sometimes I would have to cut a little at my skin with a knife or burn myself with a lighter to make sure I was real’

After his bad days in the acute psychiatric ward seemed over, Mathew finds peace organising a memorial for his brother Simon. This poured some sunlight to Mathew’s life, making him proud enough to finally leave his endless story. 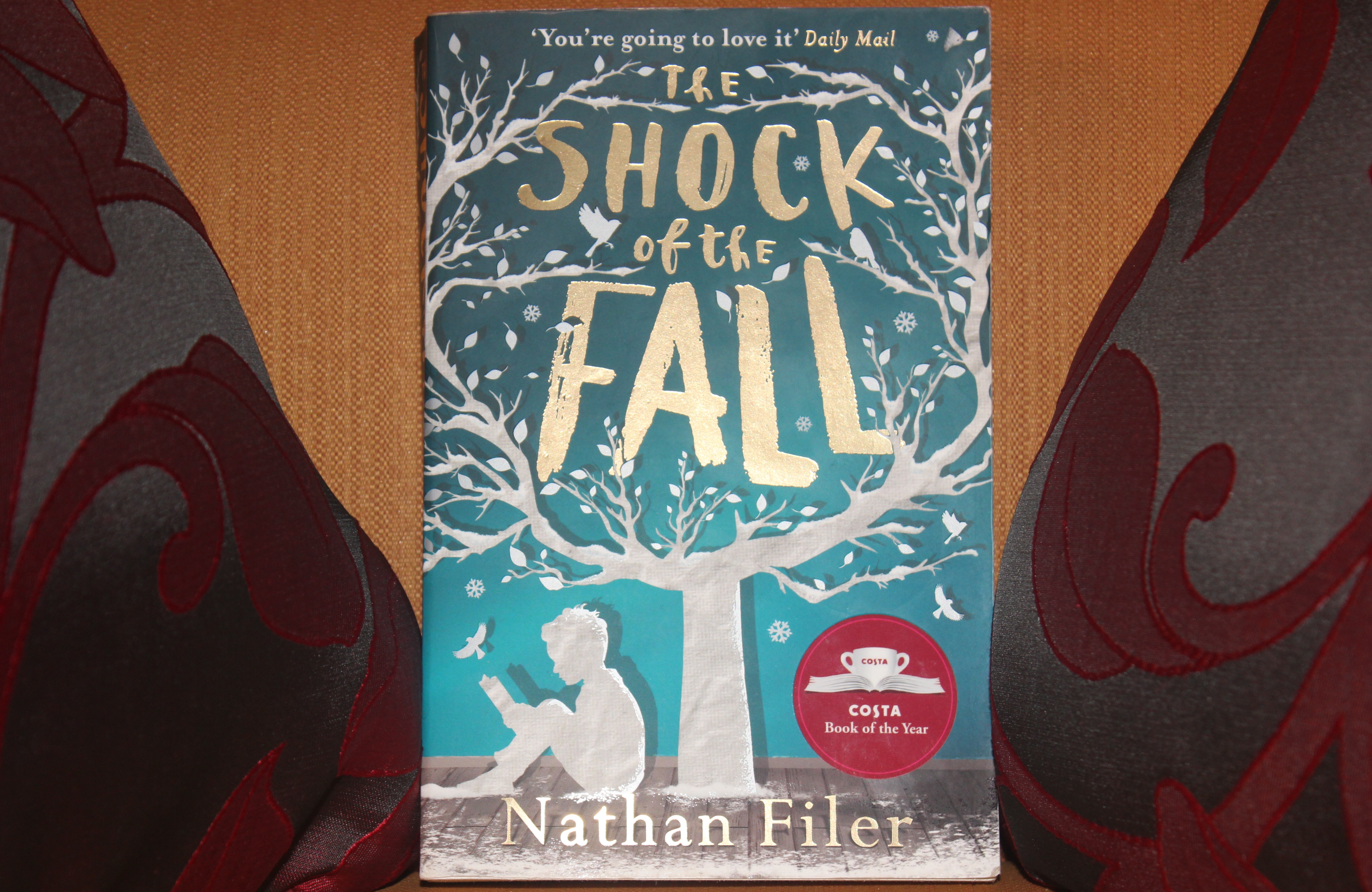 One significant thing this Costa award winning novel achieved, was projecting the fact that mental illness cuts across a wide array of socio-economic status. Brain disease affects loved ones, colleagues and family persons like Mathew working and living among us with major responsibilities.
I happen to read this book at the time I followed the mental health law scholar Professor Elyn Saks’s pro psychiatry talk ‘A tale of mental illness- from the inside’ which shared her experience of brain diseases. This fiction novel has proven to be well researched and evidence-based as it also gives credence to her experience of mental illness. In Elyn’s words;

‘Schizophrenia is a brain disease. Its defining feature is psychosis, or being out of touch with reality. Delusions and hallucinations are hallmarks of the illness. Delusions are fixed and false beliefs that aren’t responsive to evidence, and hallucinations are false sensory experiences. For example, when I’m psychotic I often have the delusion that I’ve killed hundreds of thousands of people with my thoughts. I sometimes have the idea that nuclear explosions are about to be set off in my brain. Occasionally, I have hallucinations, like one time I turned around and saw a man with a raised knife. Imagine having a nightmare while you’re awake… Contrary to what many people think, schizophrenia is not the same as multiple personality disorder or split personality. The schizophrenic mind is not split, but shattered… My head was too full of noise, too full of orange trees and law memos I could not write and mass murders I knew I would be responsible for. Sitting on my bed, I rocked back and forth, moaning in fear and isolation’

For no fault of theirs, many mentally ill persons suffer from poor management. Some die in restraints, suffocating or suffering heart attack in our society’s struggle to manage the fear that they are dangerous to others. In developing countries, they are abandoned or left to destitution. Such isolation and ill treatment makes things worse.
As has been projected in this novel, the importance of care and support given to mentally ill persons by knowing family and friend cannot be overemphasized. Such relationships indeed give them a meaning in the face of their nightmare. But most defeating is the prejudice, label and stigma that our society gives to mentally ill persons. Confessing to this, Elyn Saks said:

‘Even with all that — excellent treatment, wonderful family and friends, supportive work environment — I did not make my illness public until relatively late in life, and that’s because the stigma against mental illness is so powerful that I didn’t feel safe with people knowing .’

And in Mathew Homes’ own words;

The author Nathan Filler’s wish is that we share this book. I do so now  with the knowledge that the humanity we all share is more important than the mental illness we may not. Despite our investments in research and medi-care for those with mental illness, there remains a growing need to invest our humanity.
For the mentally ill person, the message I take away from this book is that it’s easier to find happiness in a cooked meal when there’s somebody else to pass you the ketchup. Thank you Nathan Filer for your commitment to helping us understand the realities of this vulnerable group.  More gratitude to you Mun Parbeen for the gift of this novel.
Written by~ Adaobi Nkeokelonye

1 thought on “The Shock of the Fall.”