I walked out of the airport in Dakar with a feeling of gratitude; it was my fastest immigration clearance in my travel history. Into her warm embrace, Mother Senegal was set to welcome myself and many other youths arriving for the World Youth Movement’s conference on “Youth leadership and democratic transition in Africa”.
Pleasant were the people of this clime, their hospitality overwhelmed my struggle to adjust with the language barriers. In Senegal, I reunited with old friends, expanded my network of new friends and most importantly I learnt a lot of things that provoked my questioning some dominant narratives about governance in Africa. 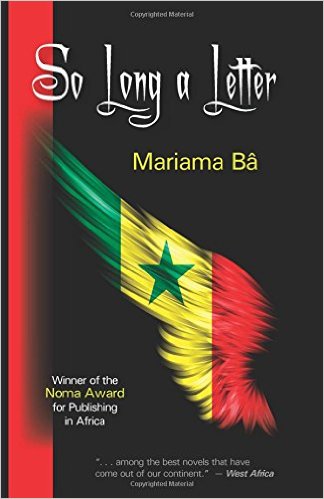 Earphones went off and on according to the language of the speakers; a proof that though we were a people of one continent, we spoke in different tongues. Clearly, the conference discussions had begun with some high and low moments.  For the dreary moments, I flipped through Mariama Ba’s celebrated Novella ‘So Long a Letter’ which came in handy for this trip; it remains my best Senegalese Novella.
From the inter-generational conversations, the conference topic shifted to the role of African youths in democratic transitions. While exploring the stakes for youths and the struggle for democracy, a discussant asked an important ‘Where are the Young Women?’ The perception was that the young women were participating in the engineering of Africa’s democracy at an insignificant level. I received this question and the discussions to follow as a projection of the thought that young African women were like their mothers-before-them being strategically marginalized and not being given the opportunity to participate in political exercises.
My gender sensitive self was reactive to this question but between my threads of thought, my humanist self-prevailed with some inciting questions. While it was clear that the ratio of educated boys versus girls in Africa will suffer imbalance, it’s acceptable that the fate of young women in education was no longer as bad as it used to be – thanks to the massive awareness on girl child education. Finding young women who are equipped with the education, critical thinking, leadership skills, compassion and wit necessary to drive a political career in Africa isn’t difficult. But are the young women ready for politics? I further wondered if the young women could first identify themselves with common experiences that qualify them as a politically marginalized group. Do they have interest in governance and the political exercises therein? If yes, should they wait to be given power or do they have to take power using their agency? Is it right to apply a gender lens here? Is it fair to blame their insignificant participation in governance on others (perhaps men) thereby making a gender case?
I left the conference hall personalizing the questions. I am that humanist who doesn’t believe that the gender lens always serves, or that affirmative action or quota system must apply to all things. My sincere response as a young African whole-woman was that I wasn’t ready for politics. I guess I must be constructing politics with my moral lens; applying stringent standards that didn’t fit it, hence participation in politics meant the soiling of hands with corrupt politicians.
It was sunset when I returned to the pages of Mariama Ba’s ‘So Long a Letter’. It was a pleasant coincidence to find the dialogue between the major character Ramatoulaye and Daouda Dieng discuss women’s place in African politics. My Senegalese choice of best novella held within some validation.

‘Four women Daouda.  Four out of a hundred deputies. What a ridiculous ratio! Not even one for each province’. Ramoutoulaye said.
‘But you women are like mortar shells. You demolish. You destroy. Imagine a large number of women in the Assembly. Why, everything would explode, go up in flames.’  Daouda responded.
‘Nearly twenty years of independence! When will we have the first female minister involved in the decisions concerning the development of our country? And yet the militancy and ability of women, their disinterested commitment have already been demonstrated. Women have raised more than one man to power…when will education be decided for children on the basis not of sex but of talent?’ Ramoutoulaye continued.
‘Whom are you addressing Ramatoulaye? You are echoing my speeches at the National Assembly, where I have been called a “Feminist”. I am not in fact, the only one to insist on changing the rules of the game and injecting new life into it. Women should no longer be decorative accessories, objects to be moved about, companions to be flattered or calmed with promises. Women are the nation’s primary, fundamental root, from which all else grows and blossoms. Women must be encouraged to take a keener interest in the destiny of the country. Even you who are protesting; you preferred your husband, your class, your children to public life. If men alone are active in parties, why should they think of the women? It is only human to give yourself the larger portion of the cake when you are sharing it out.’ Daouda said.

As though the above dialogue highlighting salient points on the place of women in politics was not apt enough, Ramoutoulaye will later harness it, sharing her young daughter Daba’s views on politics in some form of monologue:

‘She reasons everything out, that child… she often tells me: I don’t want to go into politics; it’s not that I am not interested in the fate of my country and, most especially, that of woman. But when I look at the fruitless wrangling even within the ranks of the same party, when I see men’s greed for power, I prefer not to participate. No, I am not afraid of ideological struggle, but in political party it is rare for a woman to make break-through. For a long time, men will continue to have the power of decision, whereas everyone knows that polity should be the affair of women. No: I prefer my own meditation, where there is neither rivalry no schism, neither malice nor jostling for position; there are no post to be shared, nor position to be secured.’ 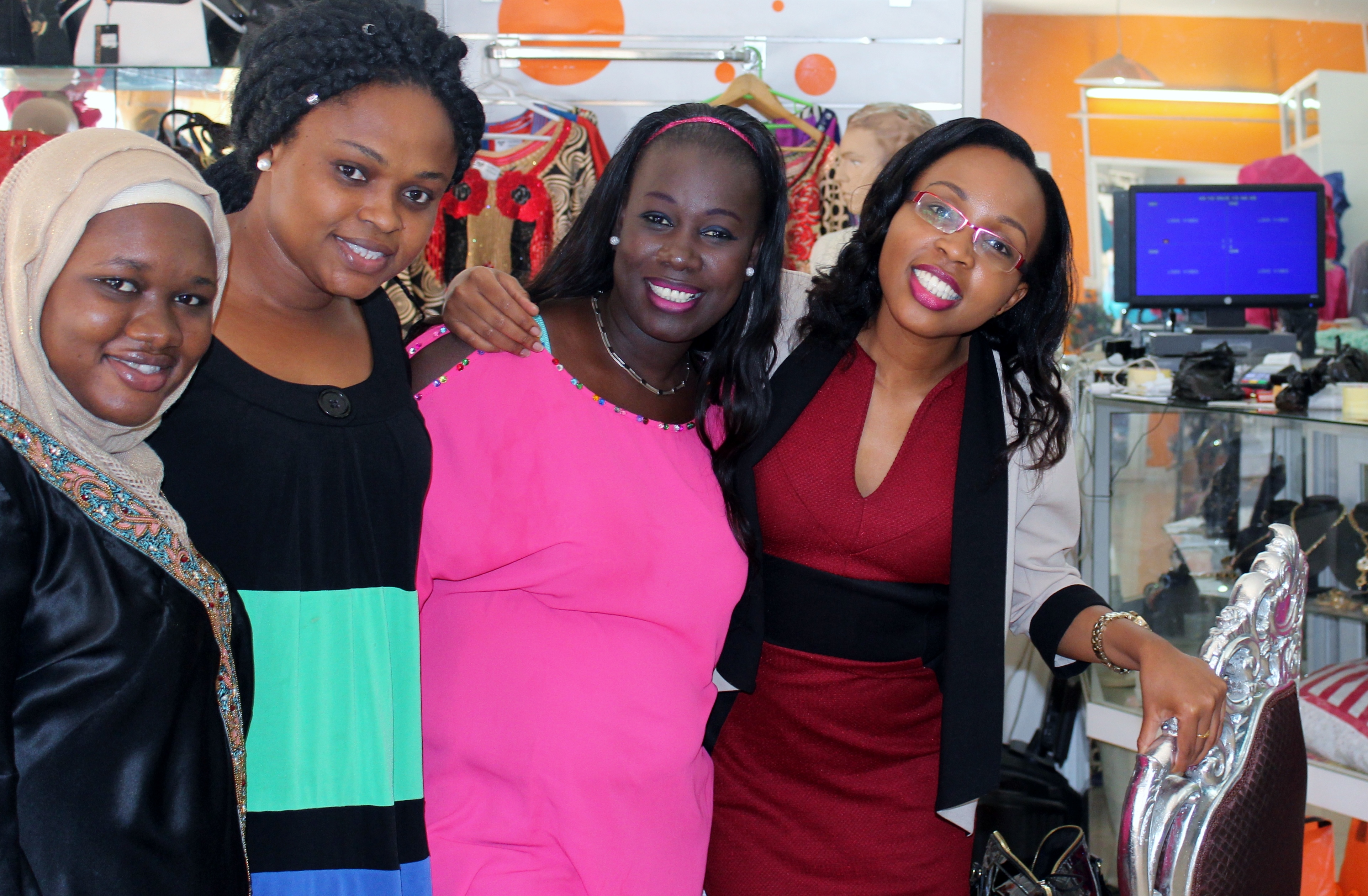 As I muse over this 1981 Noma Award winning epistolary novella by Senegal’s daughter Mariama Ba, it becomes interesting to note that even with a more enabled space in governance, the reason for young women’s lingering absence in politics may not be far from Daba’s as captured above. If my suppositions are right, then the need therefore arises to reorient young women, support them to critically question their narratives and unlearn their assumptions about activities associated with governance.
With more reflections days after the Youth leadership and democratic transition in Africa conference ended, I am grateful for the discussions it offered. I am also grateful for the insight given by this Senegalese Novel.
Hereafter it’s my opinion that beyond the preparation of young women towards a significant level of participation in politics, what the African governance space needs dearly is not affirmative action, quota system or our focusing on the gender of the political office holders. While inclusive governance is ideal, I think that we need feminist leaders like Daouda Dieng who understands the need for creating enabling spaces and equal opportunities for all. Africa requires leaders who are sensitive to the fact that women are a nation’s primary, more so, Women, Disabled Persons, Children and all other vulnerable and marginalized groups of persons in our society must be encouraged to take a keener interest in their country’s governance.
~Written by Adaobi Nkeokelonye.