Bint al Sudan; Daughter of Sudan, Daughter of the Dust… In telling a delightful story of her life, written for the abandoned everywhere, Leila Aziz inscribes the good things that happened to her on a piece of stone, and the bad ones in the sand. The author Wendy Wallace admirably captured the days of Leila’s life growing up as a ‘child of sin’ on the dusts of Sudan. Beginning as a toddler in a cot who survives the Mygoma Orphanage, she welcomes us into the circle of children in the ‘Institute of the protected’ where her elder sister Zulima, her adopted sister Amal, adopted brothers and many other children are abandoned. Some as a result of a culture that is intolerant of pregnancy out of wedlock, others by the death of one or both of their parents. 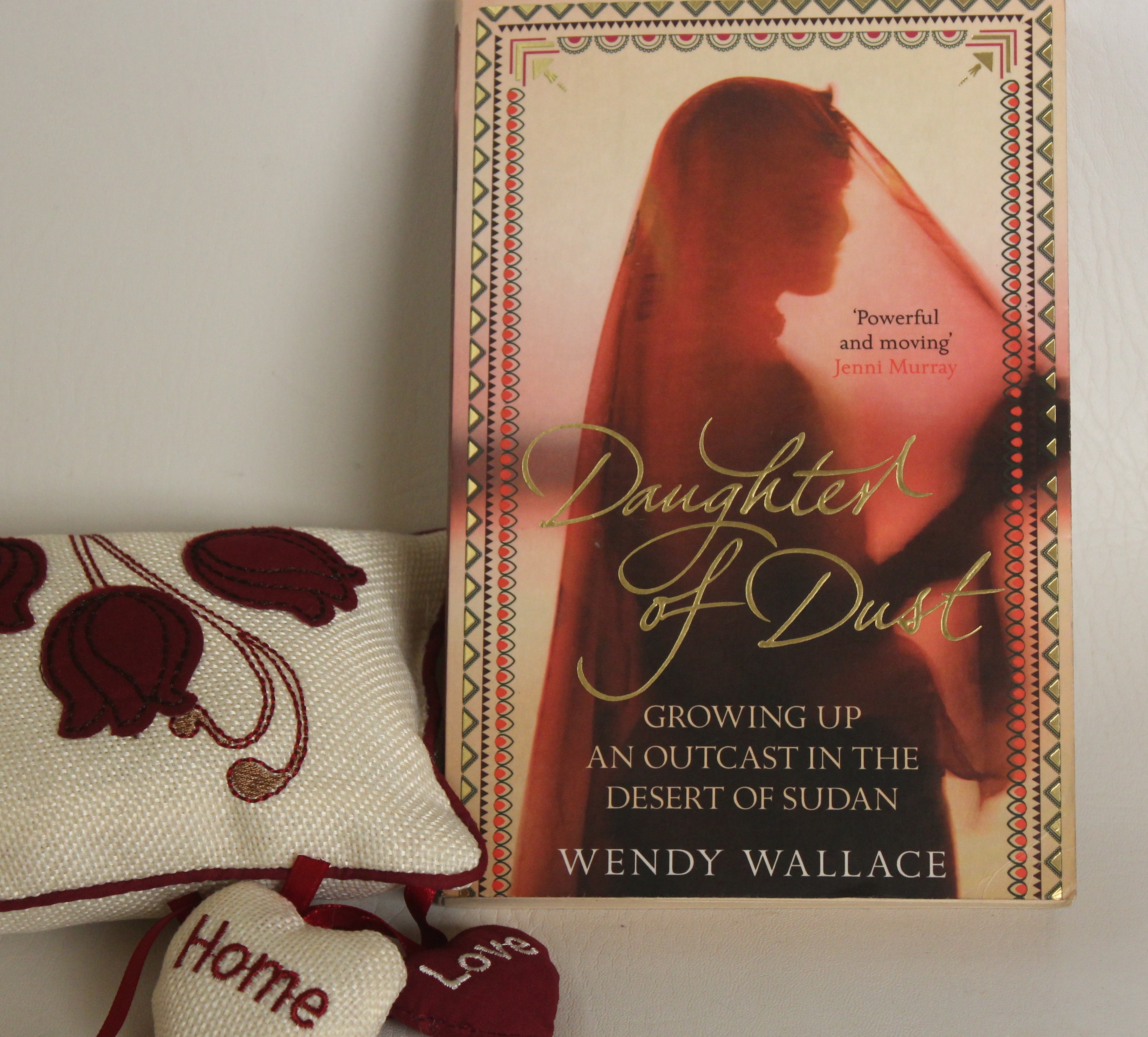 But for Leila, her parents weren’t dead, life happened to them. She never stopped yearning, smelling or imagining MOTHER in everything good. Someday Nanny Samia was like Mother; when she hugs me I feel happy. It reminds me of something… a familiar smell of bitter oil mixed with perfume. Arms that encircles me, a face I know. She continues to construct an imaginary father, even the smoking stranger in the market place could have been him.
Leila’s story presents the emotional and physical realities of abandoned children in Sudan as they battle with their label Awlad Haram, Bint Haram; Forbidden Children, Daughters of shame. In a very symbolic way, this novel captures the plights of children in the orphanage through their experience of re-adoption, stigma, discrimination and other vulnerabilities like forced or early marriage as in the case of Zulima who was married to a security guard. For Leila, her identity as an abandoned child enclosed her in a state of unfuture; a state of emptiness, of waiting that never ends, of wanting that dwindles to hopelessness.
Beyond these themes, this book became most relevant to me in its description of female genital mutilation which Leila and Amal had undergone as a part of the tradition in Sudan and many other countries.

“All the mothers (Nannies) are there, and the two women I have never seen before. The fat one- she has big hands- tells me to hurry up and take my knickers off and lie on my back on the bed. She says she’s wasted enough time with the other one fighting like a cat and that if I’ve got any sense, I’ll keep still and everything will be finished before I know it.
Mama Luban sits by my head, half on top of me, she covers my eyes with her fingers and two of the other mothers yank my knees apart and hold them so tight I cannot move. I start to shout for help- it’s all happening so quickly, I’m not ready. I feel a slap on my leg and hear Mama Hajji, the old one, say there is no need to cry, no one has touched me yet. After that, I don’t know exactly what happens but I feel a horrible sharp pain between my legs and Mama Luban says it’s an injection. Straight after that, I feel a different kind of pain, a sharp agony that drives the breathe out of my body. I try to kick the women off me, but two of them have got my legs trapped between their arms so that I can’t move. The room is full of noise: drumming, women’s voices shouting out to me to be strong… I think they might be killing me. I screamed at them to stop, as loud as I can. Mama Luban splays her fingers to clamp them over my mouth as well as my eyes as I glimpse the woman standing at the bottom of the bed with a curved needle held in fingers covered with blood. She pulls the needle away from me with a length of bloody thread behind it…The fat woman drops the needle into the bowl and wipes her hands. She kisses her fingertips with a smacking sound.
‘Just like a watermelon,’ she says. ‘No way in at all’…
There is a burning pain between my legs. My body feels as if it doesn’t belong to me. My throat is raw… I think of getting out of the bed…I realize my legs are tied together. Amal is whimpering on the other bed. I call her but she doesn’t answer…
The next day it’s still agony, although I can get off the bed and move around the room and eat the special lunch Mama Luban makes. Amal develops a fever. At night she doesn’t make sense when she talks. She has to be taken away in the Director’s car. She doesn’t come back to the village for a week and when she does, she can’t stand up… she spends most of the school holidays lying on the bed…
Mama Amaani says that Mama Luban chose the wrong woman (circumciser) to do the purification, and that if she had taken her advice and brought a younger person, there wouldn’t have been any problems… Mama Luban shouldn’t have employed an older woman who can’t see the moon in the sky, let alone the bud in a rose.
I’m sitting by Amal’s bed under the palm-leaf shade of the ‘rakuba’… I still don’t know what purification is, except that I can’t go after the ball in goal properly anymore. I can’t jump from one stone to another either… Peeing takes me a long time. It comes in drops, where it used to come as if from a tap.”

While I appreciated Ayaan Hirsi Ali’s highlighting of this theme in her book Infidel, I found Leila’s narratives of her experience of infibulation (a type of FGM) more detailed and moving, capturing the immediate consequences of female genital hacking as I will put it.
In the past months, while searching pages of different books for a fictionalized story on Female Genital Mutilation (FGM), I have also travelled through many regions in Nigeria researching the trends of  FGM with support from United Nation’s Population Fund (UNFPA). Like Leila, I still do not know what justification can be given for FGM. For the girls who were not lucky to be circumcised in infancy, each time they shared their story with me, they sound like Leila, their eyes soften with tears.
Trans-generationally, many culture deceive their women into believing that their clitoris if intact will cause them harm. These harms are interpreted diversely in sync with the value system of each community. Where a community values virginity and sexual purity, women are meant to believe an intact clitoris makes them promiscuous and un-marriable. Where the value system is Fertility and children, especially the male child, women are made to believe the clitoris will make them barren or kill the male child if his head touches the clitoris during birth. In some communities, it is all of the above. Not minding similarities, no two communities have exact same reason or an exact same process for mutilating their women’s genital.
The only thing practicing communities have so far shared in common is an enmity with the clitoris pioneered by some unknown ancestors who though no being scientists, knew where and what a woman’s seat of sexual pleasure is and so hacked it off. 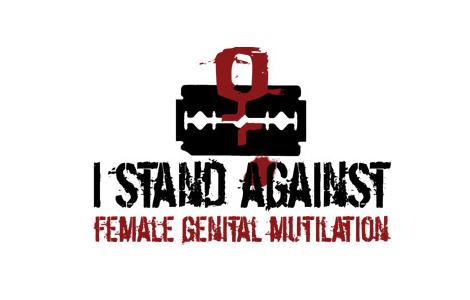 It is estimated that every year, three million women and girls will be circumcised around the world. While the practice is not global, the consequences are. In trying to dampen our women’s sexuality, we at the worse cause them death. Otherwise, circumcised women become likely victims of severe pain, vagina tear, excessive scaring, tetanus, septicaemia, dyspareunia, urinary obstruction, stenosis leading to loss of flexibility in the vagina causing obstructed labour, fistula, still birth and most of all increased maternal mortality rate.  The most common cause of maternal death is obstructed labour; over 80% of women who suffer obstructed labour have undergone one or more forms of FGM. Hence where maternal deaths remain a global issue, FGM also remains on the table.
At the root of female sexual oppression and denial of their reproductive health right is the FGM. To Wendy Wallace who wrote this book Daughter of Dust and Leila Aziz who has shared with us some pieces of her life, I say thank you for contributing to the global campaign to end FGM. I hope that one day, people of all land and clime will come to understand that tradition must stop being the shield for hiding these murderous practices. Female circumcision is not a daughter’s love gift, when we circumcise our women, we castrate them, we kill them.
Written by ~ Adaobi Nkeokelonye