Do Not Go to Delhi

From my bedroom in the topmost floor of this fourteen-storey high rise apartment, I watched Delhi waking up and stretching itself.  The view from my room overlooked some of the tallest buildings in Gurgaon; the bright modern end of Delhi, presenting this many-hued city at sunrise in all its beauty.  I reflect most mornings on how similar Delhi is to Lagos, Nigeria. The entrepreneurial spunk, the human energy, the traffic, and the coexistence of the rich and poor with some regions that make a city resemble the armpit of the world is something I could relate to in Delhi and Lagos. In these two cities, you could smell money in the air, you could smell poverty too. This civilized country of rickshaw-pullers is indeed similar in many ways to my country but significantly different.   Beyond being the number one health tourism centre in the world, India unlike Nigeria is gradually becoming a global hub for everything technology as they eagerly take to it like duck to water. 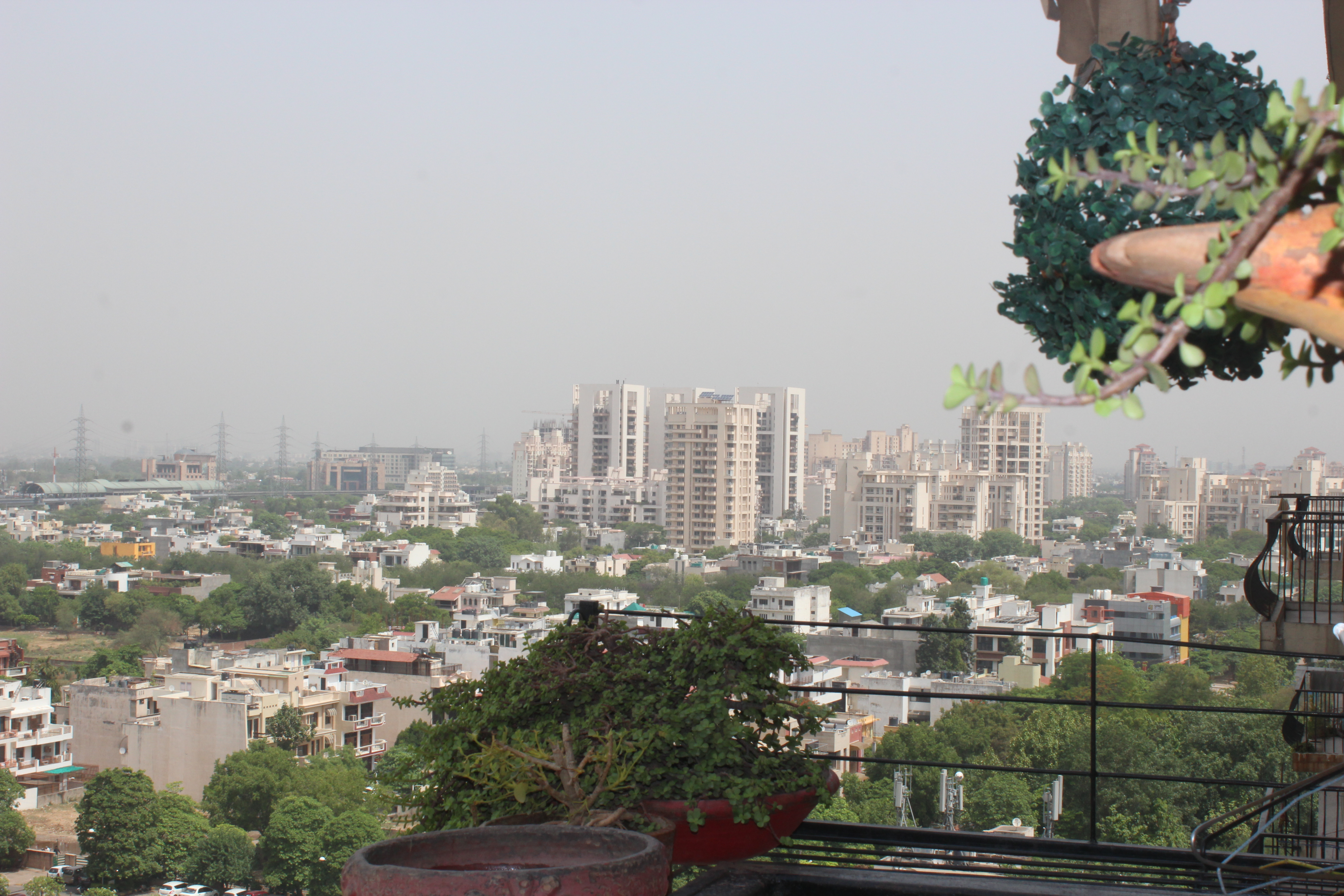 A view of my Gurgoan, the modern side of Delhi.

From my first visit in 2011, India has always intrigued me. I am fascinated by their Sari-clad stunningly beautiful women, their festivals, the array of rich spicy food: Chapatti, Curry, Pickles, Mango chutney, Papri Chaat, Gol Gappa and many other delicacies. I was reminiscing on the taste of the blessed Prasad snack I ate in the Gurudwara Bangla Sahib; the Sikh temple–where we visited to pray yesterday– when my friend Leena’s voice interrupted.
“Do not go to Delhi” she said with a firm look in her eyes, maintaining the lotus position on her Yoga-mat where she sat in meditation.
Not sure the reason for this disturbing warning, I picked up Aravind Adiga’s The White Tiger to keep myself busy while I untangled her warning. In a little over a minute, my face grew hot with memories of my experience from the past days in Delhi; the roving eyes of Indian men made me feel naked. Every time I walked on the streets of Delhi, I felt objectified enough to be just a walking-Vagina. For one thing, I had no beak arousing looks, hence my concern. Over time, I couldn’t help thinking of the level of sexual frustration or liberation being masqueraded or controlled politically here. As I shared my experience with friends, I knew this was not just about the allure of ‘the other’. Their explanations were insightful!
“The typical Indian perceives the African woman to be a prostitute and the African man to be a hard-drug peddler and criminal” one friend said.
So from the lens of the Indian man on the street, I was a prostitute; a sex goddess J, and not the daughter of Goddess Kali, as I was humorously imagining in my black skin. Little wonder the Indian taxi driver once propositioned me.
Just when I was concluding that my complaint of the ‘Roving Eyed Men’ had inspired Leena’s warning that I keep away from the city, The Times of India newspaper arrived. There is no quicker way of knowing the fabric or mood of a city than engaging with their mass-media. The Headlines starred me in the face: AFRICAN LYNCHED IN CITY AFTER SPAT OVER AUTO RIDE. A 29year old French language teacher from Congo was bludgeoned to death by three Indian Men in the South of Delhi after an argument over boarding an auto-rickshaw… the bleeding Masunda Ketanda Olivier got no help from passers-by; it was 20mins before a PCR van arrived.
My blood boiled, I was appalled as I could not describe my pain from such violent news. Suddenly, India’s sky was stained. It was not the first colour-inspired violence I have read about but this was very fresh.
“These Indians are bloody racists, have no regards for them, they don’t reciprocate it!” my young cousin studying in India often told me. I could hear myself arguing with her voice as it came up again in my head.  How could this be? I have been offered water–a symbol of hospitality–in every home and office I visited in India. My friends Leena gave up her bedroom for me. Anu and many other friends have shown me a lot of respect and care. They are not racist. I could not identify with my cousin’s sweeping comment, but I knew that in a population of over one billion Indians, my small circle of friends were an insignificant number to conclude that this was not a racist country.
“Ada, I hope you will not go to Delhi!” Leena repeated again having finished her meditation. This time, her voice was even stronger and firm with a little pleading for my own sake. Anu’s message flashed on my phone. “Be careful in Delhi, I don’t know what is wrong with people these days”.
The days following Olivier’s death were volatile. African students protested; their feeling of being hounded by prejudice had become real. Recounts were made of police manhandling, grown men beaten with cricket and baseball bats; women facing rape, being stripped in the daylight and molested. In the heat of these tensions heightened by Olivier’s killing, India’s external affairs Minister Sushma Swaraj denied racism as reason behind the death. Considering the fact that India also discriminate against its own with a rigid Caste system and Regionalism, could she be right to say that the discriminatory treatments and distorted assumptions of Africans living  in India isn’t racist?
Hinged on ‘the fear of the other’, racism, xenophobia and other forms of intolerance are disturbingly on the rise globally with movements like Black Lives Matter campaigning against racial violence in America. Racism happens because people cannot negotiate difference intelligently, thus the resort to discrimination and violence.
The headlines from The Times of India in the days to come read “Drunk Africans Beat Up Cabbie, woman arrested”, “Govt reaches out to Olivier’s Family”, “Nigerian Criminals A Problem in India”. It appeared to me as the media’s effort to strike a balance. Touché!
Disobeying Leena, I went into Delhi the next day, and the day after. I couldn’t help being the prostitute again as the Indian men roved their eyes over and over again. Today, some made lewd remarks at me. From the opposite side of the road, the fruit seller addressed me with a racist slur, “Kalu” he screamed!
Of a truth, it wouldn’t matter how often or how long I live in this country, drink of their water or pray to their god. I must accept that I will continue to dance to the music of the stranger because in India, colour matters.
Dear PM Narendra Modi, discriminatory mental frameworks present in any society does no good but diminishes humanity. Every time your people discriminate against us, they crush our humanity. Please understand that for an India that makes significant gain from tourism, a growing culture of racism has implications.
Dear Africans, I will not say ‘do not go to Delhi’, go if you must, but beware!

Written by ~ Adaobi Nkeokelonye
This article was first published by Premium Times on 18th June, 2016.