Before the morning light came, I knew I would again be travelling across different landscape. Today, it was a rather short road travel from Abuja to Nassarawa (7hours to and fro). But with every trip in the world of development work, one must anticipate surprises. What the towns or the natives I was visiting today held for me, I knew not. Abuja and Nasarawa are neighbouring states but yet they had huge contrast in Sceneries. Aside the threads of humanity that connected the lives within their city, they had barely anything in common.
Under the Mango tree in the village square of Wamba in Nassarawa state, we all gathered. The field workers administering questioners to the natives of Wamba were trickling in to be reassigned to their next location. I and my Senior Colleague Luqman had for hours tried to reach Madam Mercy. Mercy is the leader of Wamba women’s petty trader group who served as treatment group for our research. She will pick her phone and refuse to speak. Other times when she spoke, she denied her name was Mercy. Madam Mercy’s failure to respond meant that the field administrators could only interview households and the control groups but failed to capture the treatment group. This was a significant failure, no thanks to her, we moved to the next Village.
Located 1hr away from Wamba, Sanga village was also in Nassarawa state. The road to Sanga was filled with brown vegetation as the dust of the harmattan hung on every leaf on the trees and shrubs by the road sides. The clan of Angwan nugu was our last stop; they shared a boundary with Kaduna state and are quick to express the need for boundary adjustment. The women of Sanga were ready to receive us. As was their culture, they welcomed women into their homestead and never men. Hence, they welcomed me and the team of ten female field workers, our men waited in the car. 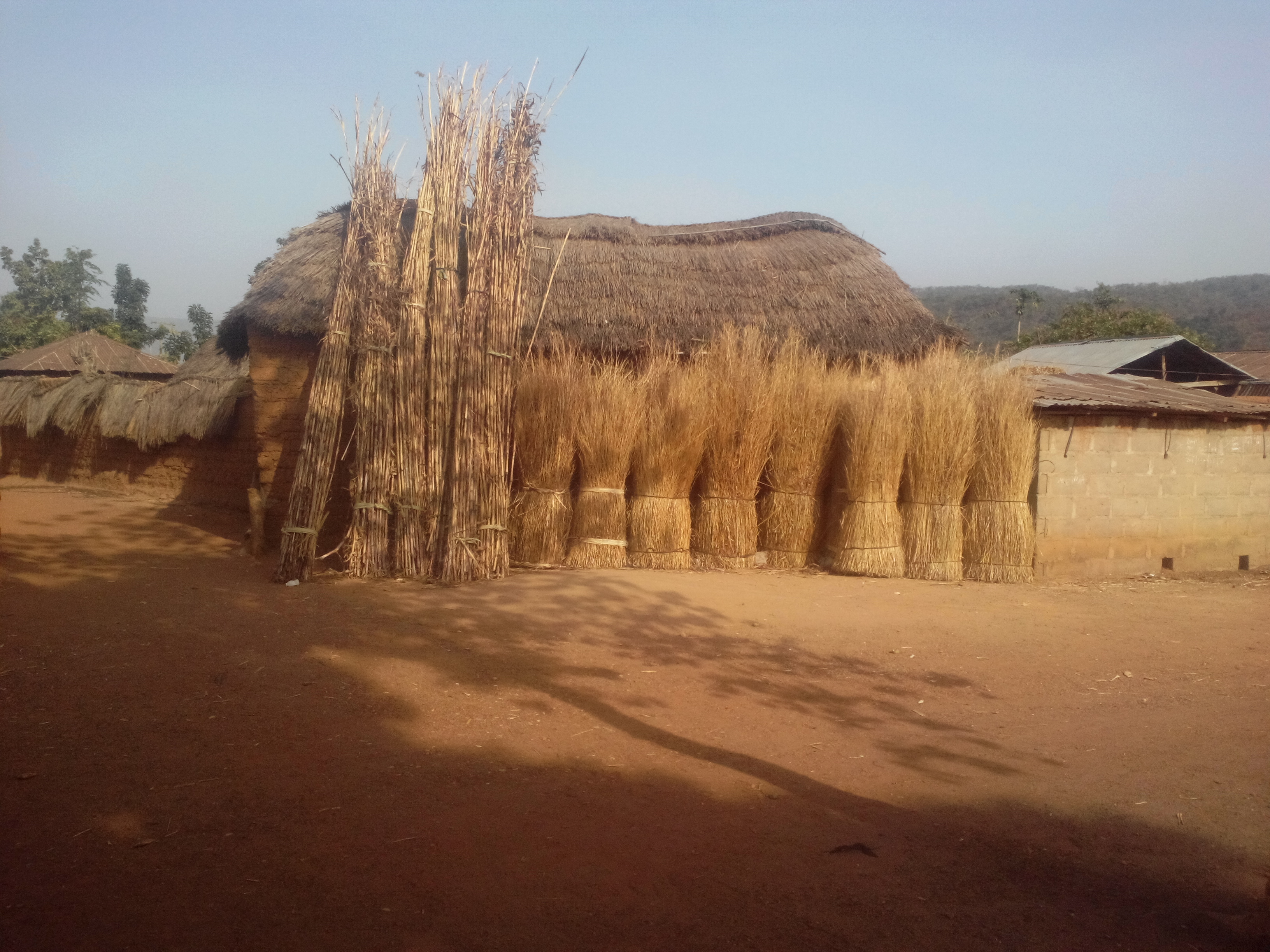 Angwan nugu is a full community with red mud houses and barely a number of cemented houses. Most things here are made with thatches. From the roofing of most houses to the butchers shop, the barbers shop and the mosque, most were thatches. Aside the few glimpses of modernization like car models of over one decade ago and electricity, piles of thatches are seen hanging around the fences in each home as they prepare to secure their homes from the raining season which now drew close.
Not long after we arrived, we were offered a mat to sit. While women arrived in pairs, children of Angwan nugu stood in clusters a little distanced from our place of gathering. They gazed and sneaked a stare from time to time. I was experiencing my difference to them screaming out loud. Eagerly, I wanted to be just one of them, but it was not just my language that differed; it was my dressing, my bare hair, my looks, my mannerism. The whole aura around me screamed of difference. Though we were all women, to them I will remain Bakuwa, the female stranger. 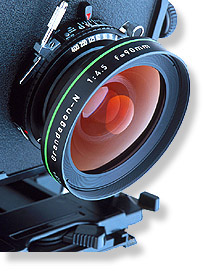 My camera itched to tell a story. It was eager to visually capture all I observed, but I was in no way ignorant, having been groomed with the knowledge of ethical photography. Deep in my heart, I knew I did not want to share a story of poverty, of the miserable life of women and children living on the bare red earth with somewhat untidy clothing. I will not validate poverty as almost natural to a people, as if poverty is a fellow native.
I wanted to share the story of the natives of Angwan nugu with honour. The women were warm; they made their village wealthy, giving it a wholesome feel with earthy fragrance. The children held a smile and expressed courtesy. The people of Angwan nugu had a full life.
The stare at my camera by most of them made me understand it was to them, a symbol of privilege. Being privileged is not a crime, it is indeed a responsibility. Yes, in this case, a responsibility to capture the people and their landscape with dignity.
As I reflected on whether to click or not to click, the women’s leader approached us with a bowl of sachet water. Water is the symbol of hospitality; the women of Angwan nugu have not forgotten this. I was touched; first a Mat for their Bakuwa to sit, then water to quench her thirst from long hours of travel on the dry road. There was yet a promise of food if I could wait longer. My eyes were teary at such endearing gestures. It was not one I experienced in the high street of rich Europe. To me this was a rare wealth given freely from a small village beneath Africa’s piece of sky; they have not lost their sense of the little things that mattered most. 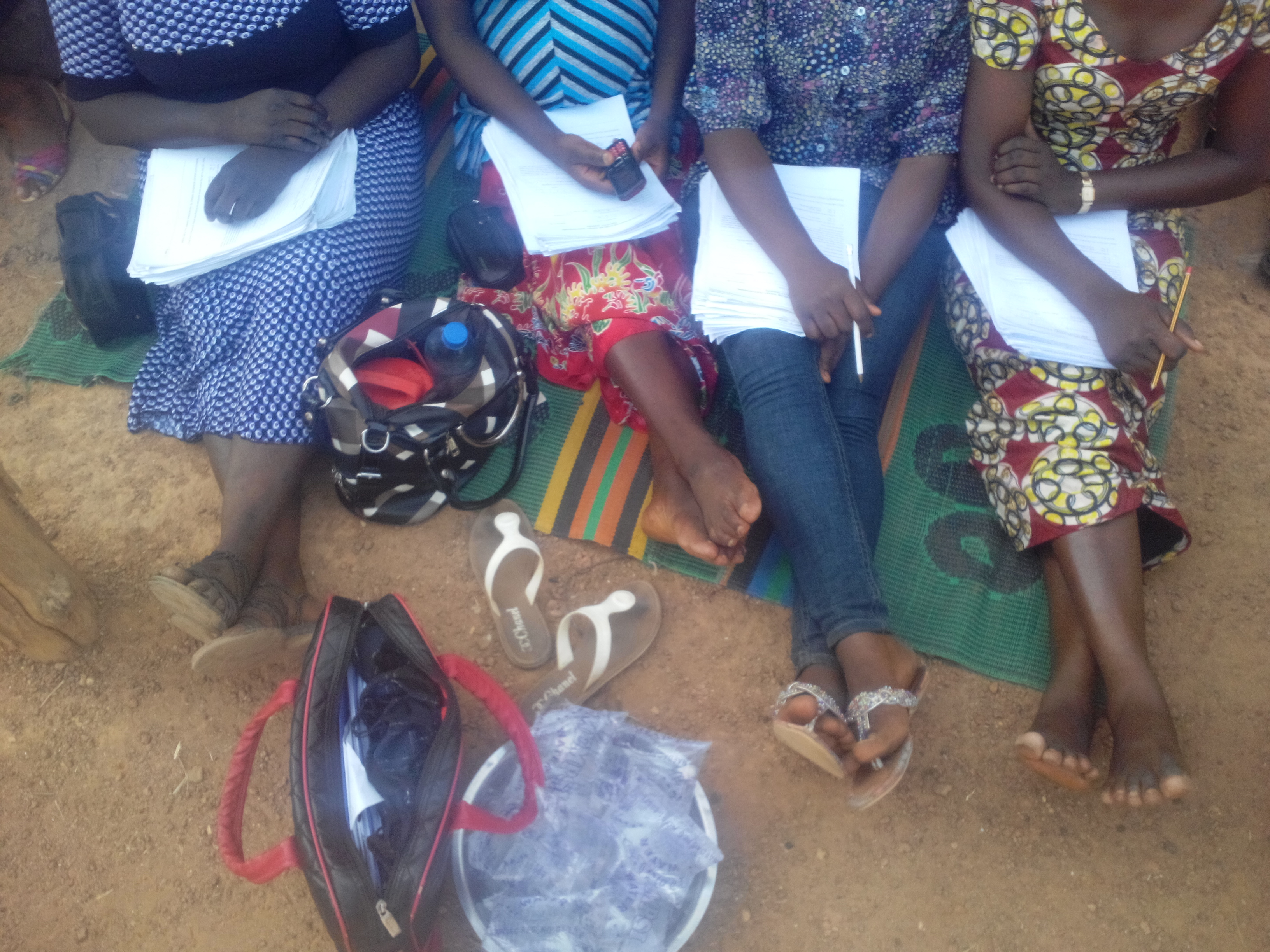 My emotions push me to take a click of their gift of water. But the expression on their faces changed, it was that of unrest. Wondering that my camera had stirred them wrongly, I was quick to learn that they did not want their faces being clicked away. I officially sought their permission to use my camera, expressing my commitment to honour their values. With their approval, I snapped their feets and their gift of water, but never their faces. These women were not dumb after all. They understood the power behind the lens, the power my camera had to tell their story beyond their reach and they needed to control it while they could. They also understood the power of the pen to inscribe their voices on paper.
‘You must use pen, and not pencils to write, Yes—yes—yes…’ the women said in chorus.
‘When your people come here, they use pencil to write and they erase our voices once they leave and write what they want in place of ours. That is why we experience no change over the years of speaking to people like you’ the women leader said and her followers concurred.
What followed was a giggle from the other female field workers. We were amused by their assumptions, their wisdom and their truth. Yes, for years they have spoken to many researchers with no change in their lives afterwards. They were tired of being research guinea pigs and I can understand that. Quickly pencils where replaced with pen by the fieldworkers.
The interview progressed as the women paired with the field workers, I choose to supervise from a distance knowing now that my continued presence in their midst will compromise the character of information we can elicit. I was still the Bakowa; more of a stranger as unlike me, most of the field workers were closer to them having come from neighbouring towns.
With a tap on my shoulder, a female field worker who had finished her interviews with the women sought my confidence. ‘I know why Madam Mercy did not respond to our calls’ she said.
Surprised I was, keen also to hear what secret she had kept from us while we struggled all afternoon to reach Madam Mercy.
‘Madam Mercy is a family friend, she secretly responded to the questionnaire but in the household and control category. She and other members of her group do everything to disguise their identity. Few months before, they were scammed by strangers like you representing a new micro-finance project. They took from the women’s group, funds given to them as loans by a local microfinance bank with a promise to double it. The money doublers never returned, and like them, Madam Mercy and her group remain in hiding from anyone seeking to reach them in Wamba.’
The experiences of these women raised a lot of ethical dust. In truth, I found Madam Mercy’s response sheet disguised and listed with a different contact number. Now my heart goes out to her and other members of the women’s group. Yes I feel pity for their misfortune and their continued lack of freedom to be real again. 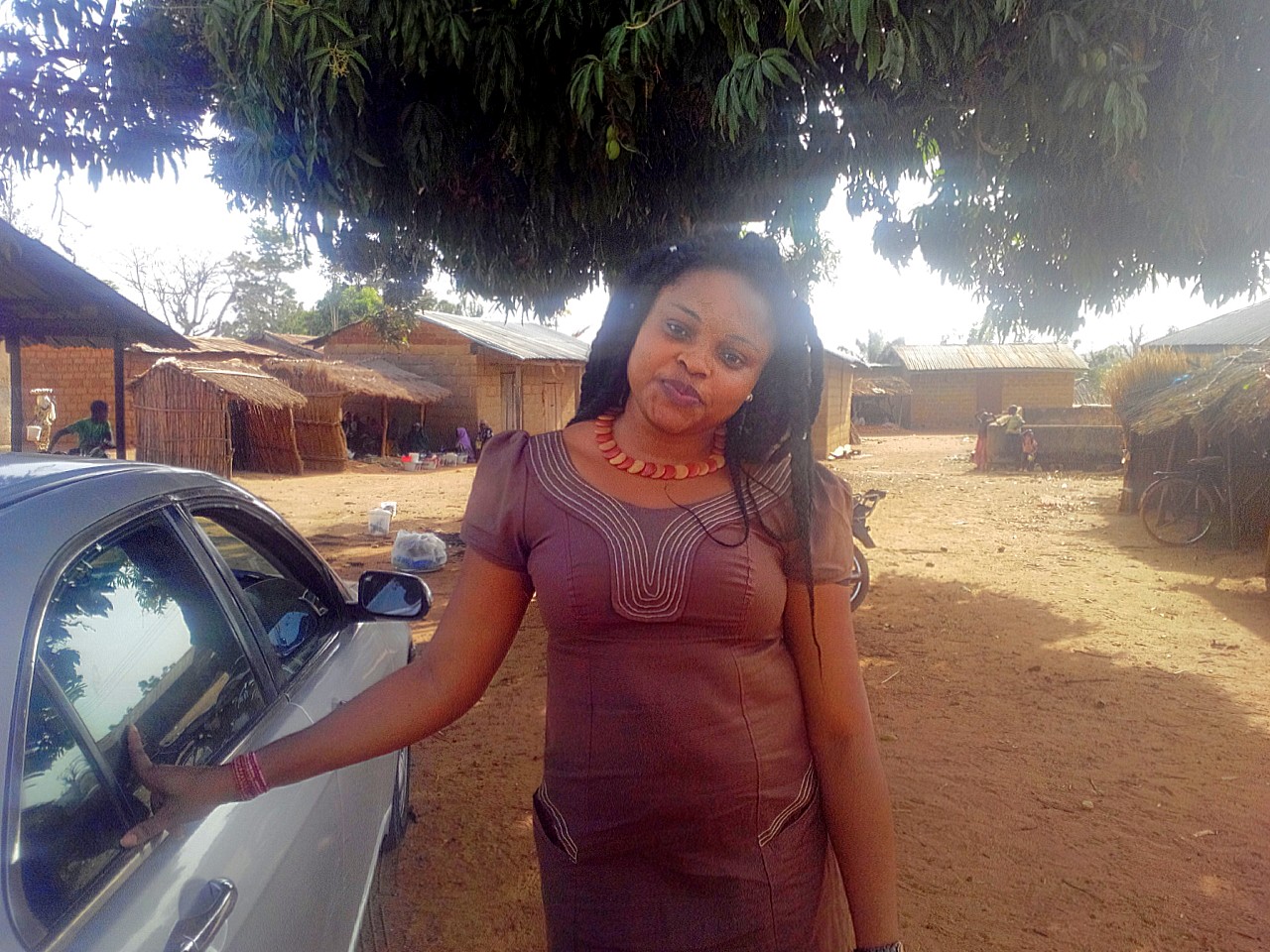 Its sundown and I bid Sanga good bye. Driving back to Abuja, I had mixed feelings about my experiences with the natives today. More than before, I worry on the impact of such diluted trust these people now have on development practice. I am wondering what silage we leave behind as we conduct our duty with the locals. What scent lingers in the air, what impression did we make, and what trail do we leave in the water after we are done and gone with our work? Do we in our intents and practice of development injure or scare the hearts of the local people we aim to protect and better their lives? Do we unconsciously take advantage of their emotions, time and resources? Do we dangle carrots sprinkled with promises of better life that we are uncertain of, just to gain their participation and give colour to our work?
Drawing the curtain for the day, my admiration remains with the warm women of Angwan nugu, Sanga, not just for their hospitality, but for their desire to protect their own while still expressing their faith in a development that defers their hope. They now understand the need to protect their dignity by ensuring the stories of their landscape are captured in their own voice.
Resting my head on the pillow for the night, I was drawn to the thoughts of how the Camera has been symbolized in different works of fiction. From Athol Fugard’s ‘Sizwe Bansi is dead’ to Wole Soyinka’s ‘the Lion and the Jewel’, writers have used Camera’s to capture exciting social phenomena in absurd ways. I suddenly heard myself let out a laugh, somehow I imagine that today, I was casted as Lakunle the stranger with a one eyed box who captured and told the story of Ilujinle from his selfish perspective. Fare thee well good women of Sanga and thank you for enriching our experiences… 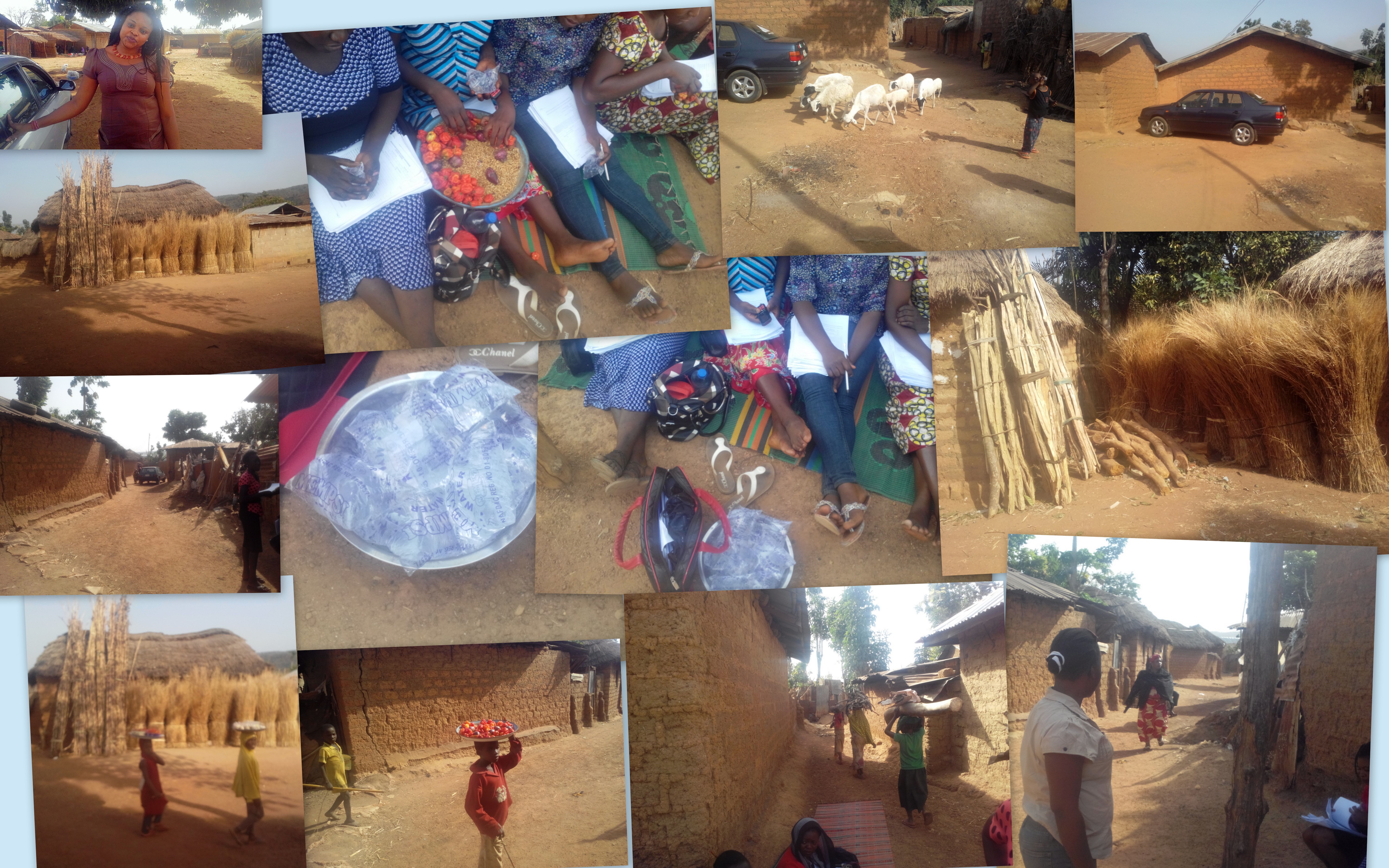