In the Northern Ethiopia,  seventy three kilometres east of Bahir Dar  in the Fogera woreda of Debub Gondar Zone, is located the Awra Amba . Awra Amba is a community hosting less than a thousand people, founded over 30 years ago by its present head Ato Zumra . 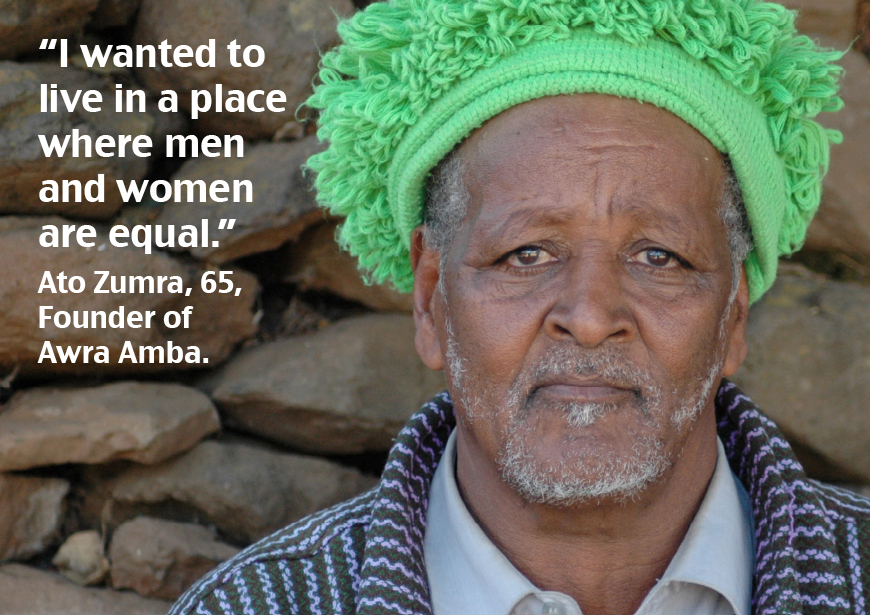 What makes the Awra amba community distinct from every other is the way it is fashioned. Its a purely egalitarian society where members work together with all diligence and discipline.  Here,  men and women have equal right with no distinction in labour division.
The Story of Awra Amba spread through the movie produced by write this down films. It is an ostracised and free of religion, they are neither adopting Christianity or  Islam but believe in God.
Having existed for over three decades, Awra Amba is seen as a model society, an Utopia in Ethiopia.  Despite being a rural community, they believe in hard work, cleanliness and sustainability. Their livelihood are diversified but they are known for  weaving business, they have so far proven that their model is possible. This conservative community has in fact become become a case study for many international organisations who admire its education and social security system, gender equity amongst other virtues it upholds.