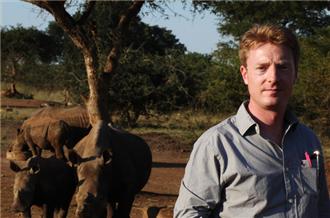 In April 2013,  I read that illegal poachers have killed all the rhinos in Limpopo National Park, Mozambique. Sometimes we have prophecies come to us early enough but we just water down the wisdom they carry by doing nothing. The documentary the last Rhino was a prophecy, and the Prophet was Jonah Hull.

‘The rhinoceros is one of Africa’s iconic animals, but greed and corruption, myth and superstition have brought the rhino to the brink of extinction. For millennia its best protection, the rhino’s horn has become its worst enemy.
Rhino horn is now worth more than gold and demand for it is at an all-time high. South Africa, which has the largest reserves of the wild animal, is a prime hunting ground for poachers. In 2010, South Africa lost 333 rhino to poaching and this number is expected to double in 2012.
In a personal journey, Al Jazeera’s Jonah Hull encounters greed, ignorance and corruption – highlighting how South Africa became the epicentre of rhino poaching. What caused the global epidemic and how does it threaten the survival of a species?’  Jonah Hull’s work was ingenious giving wings of poverty, greed, corruption and ignorance to the issue of poaching .