For many social causes that make headlines these days, there is an individual at the center to humanize it. In most cases they enjoy the support of  their community. Yashika Bageerathi, became a ‘star pupil’, making headlines in the past weeks, thanks to her community and fellow students at the Oasis Academy Hadley, United Kingdom. The ‘Fight for Yashika’ campaign gathered thousands of votes on Change.org  to ensure that Yashika, a 19yrs old Mauritian student who came to the United Kingdom as a refuge, was not deported to Mauritius without the chance to complete her A-levels. They pleaded that she should not be torn away from her family and be given a lonely deportation to Mauritius where she had no family or friend to rely on. 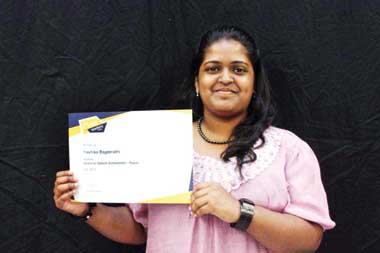 All of that fell on the deaf ears of the UK Home Office whom do not mix business with sentiments. Despite the knowledge that Yashika is a model student,a valuable member of the Einfield Community, and on the good side of the migrant books, she was deported.  Yashika’s case does not stand out. Lorin Sulaiman, the Kurdish school girl, whom with her family fled persecution in Syria and claimed asylum in the United Kingdom, faced similar circumstances. Again the school community came to her aid with a huge ‘Free Lorin campaign’. Unlike Lorin, Yashika was eventually deported, plucked away from family and friends to Mauritius by a system that has shown it knows no compassion. She sought for so little; a chance to complete her exams before she was disproportionately deported against Article 8 of the Human Rights Act (respect for private and family life). But all effort did not go down the drain, thanks to the 178,000 votes gathered, the jammed lines and media platforms of MPs, Home Office, Air Mauritius and Heathrow Airport. Being at the center of media broadcast, this case helped to refocus attention on the horror of Yarl’s Wood detention centre where Yashika like other refugees and deportees are kept on arrival and prior to deportation. This structure projects the lack of compassion in deportation systems around the world.
Refugees who seek asylum are stereotyped as scroungers who lie to get into privileged systems. Not much can dismantle this stereotype which has filled the knowledge void of the average person whom knows nothing of a refugee experience. What happens in Yarl’s Wood and other detention centers no longer remains within. Yarl’s Wood Immigration removal center has made negative headlines with stories of death, torture, hunger strike, sexual abuse among other forms of injustice experienced by refugees. 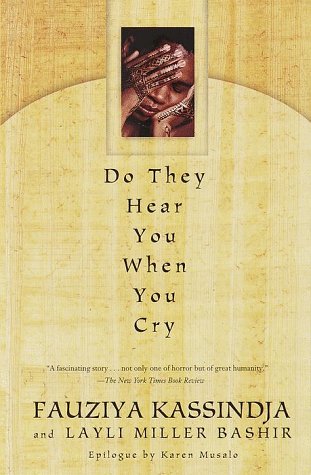 Seeking to capture this in fiction novels has been a little challenging. But my friend Mary Okeke reminds me of Mark Twain’s quote ‘The truth is stranger than fiction …Fiction is obliged to stick to possibilities; Truth isn’t ’. The truth of the horror of detention experience was painfully captured in the novel ‘Do they hear when you cry?’ With an emotionally provoking title, Layli Miller Bashir helps the author Fauziya Kassindja, narrate her experience as a refugee. This rare piece of work coming from Fauziya emerges from Togo where literary works are sparse in comparison to their neighboring countries. Fauziya is born into a middle class Muslim family in Togo, to a society where polygamy, teen marriage, genital mutilation among other practices are normalized. With the death of her father, she is married by a polygamist who requires that she be mutilated to qualify as his wife. With the help of her sister, Fauziya escapes to America via Ghana and Germany.
This non-fiction novel, gives us a first-hand account and a lens to view the experiences of refugees especially from developing countries. The irony of the refugee experience is well captured here; they leave the tortured spaces in search of their romanticized land of freedom in Europe, but the sanctuary they hope for welcomes them with the incarceration and persecution they run from. Fauziya was mortified, stripped naked, forced to bath in the open, given bad food and isolated in prisoner style by our dear America. Her failing health and dying hope was restored by Karen Musalo and the law student Layli Miller Bashir, together with Washington College of Law who helped gain her an asylum status.
Not many are as lucky as Fauziya to have been freed. More refugees are still being held at different detention center around Europe where they are treated as criminals which is against their human right. While the British Government expresses its promise to remove those who have no legal right to remain in the UK,  a complex debate on the rights of refugees and Asylum seekers continue. The 1951 Geneva Refugee convention relates to the Status of Refugees (CRSR). This United Nations multilateral treaty defines the status and rights of a refugee, and setting out rights of individuals granted asylum and the responsibilities of their host nations. For a convention that was approved in 1951 and entered into force in 1954, it has not done much to protect the right of refugees even in ratifying nations.
Over the years, organisations like Women for Refugee Women, individuals like Fauziya, Melten Avcil, Yashika, and others have achieved more in highlighting the unjust treatment of refugees and asylum seekers. Fauziya Kassindja’s case provoked the acknowledgement that victims of Female Genital Mutilation are worthy of Asylum in the USA. Melten Avcil (who at 13yrs was locked up Yarl’s Wood in 2007 with her mother and later released) is currently championing a campaign, petitioning Theresa May, British Home Secretary to end the detention of women who seek asylum in the UK. We can support this worthy cause by signing and making up the 50,000 signatures needed by Melten Avcil’s petition here change.org
What I am doing, is not to obscure the wider issues and challenges of migration control. I do understand the need for nations especially in the developed country to put further curbs on immigration for obvious reasons. The idea of this article is not to justify illegal migration or to ask that humane asylum policy should be led by emotions and not law, no! I believe that despite the challenges, we can still preserve the rights of persons who are fleeing persecution as stated in the 1951 Geneva Convention.
Men,Children and Women in particular who flee death, torture, rape and imprisonment do not deserve to be incarcerated if their 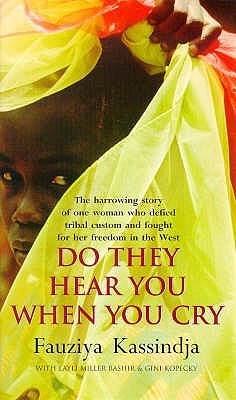 only crime is fleeing persecution in their home land. They do not deserve to be welcomed by the very devil they fled from in sanctuary Europe, or to be forcibly returned to the country they flee from.  In the word of Melten Avcil ‘If a woman has already experienced rape, torture, and imprisonment in her home country then it is really hard for her to be locked up here’.
Yarl’s wood and other detention center across Europe and America are no refuge for refugees. Sadly,they still have hundreds of asylum seekers locked up in them. Dear leaders, do you hear when they cry?